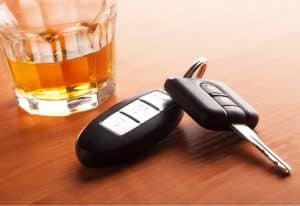 Jon Katz is a Fairfax DUI Lawyer who has successfully brought hundreds of DUI and DWI defense cases to trial. The Virginia law's definition of driving under the influence is watered down. The penalties and potential collateral damage from a DUI conviction under Virginia Code §§ 18.2-266 and 18.2-270 can be substantial. You need a battle tested DUI attorney to provide you with a full-court press legal defense.

Am I safe against Virginia DUI laws so long as I pace my consumption of beer, wine or alcohol?

As one of many Fairfax DUI Lawyers, Jon Katz has heard numerous people talk about making sure not to have more than one beer, wine or liquor drink per hour if s/he plans to drive home afterwards. Even assuming the soundness of that concept for argument's sake, the question still arises about whether the bartender is spiking a mixed drink with more than an ounce of alcohol, whether each glass of wine is not over four ounces and is not alcohol-fortified wine, and whether the beers are from a pitcher and larger than twelve ounces each. The safest way to avoid a DUI prosecution and conviction in Fairfax Virginia in the first place is to avoid driving after consuming alcohol. Instead have a designated driver, get a nearby hotel room, or call a taxi, Uber or Lyft.

What do I do if investigated for a DUI in Fairfax Virginia?

All people need to know their right to remain silent with the police in Virginia and throughout the United States. So often, asserting that right, and the right to decline consent searches, spells the difference between being prosecuted or not, convicted or not, and slammed with a harsh sentence or not. As a battle tested Fairfax DUI lawyer, Jon Katz provides his clients with this top ten list for dealing with the police, with the goal that they, their friends and relatives will read it so that they are protected against unnecessary harm the next time they encounter law enforcement. Many times, people who waive their right to remain silent with the police say they did so to avoid upsetting the police officer. If the choice is between upsetting the police officer by asserting your rights (and sometimes the upset is feigned or exaggerated) and getting a better outcome by asserting those rights, the choice is clear.

What do I do if stopped at a sobriety checkpoint?

If you were stopped at a sobriety checkpoint, your Fairfax DUI lawyer has an opportunity to present Fourth Amendment challenges to that stop. For you, your right to remain silent and refuse searches apply to sobriety checkpoint stops just as with any other police traffic stop.

What questions will the police officer ask me if investigating for a possible DUI law violation?

Videos of Virginia DUI investigations show many common elements with the way the police approach a driving under the influence investigation. Usually, early on in the investigation, the law enforcement officer asks how much beer, wine or alcohol the driver has consumed; where and when the drinking took place; and during what time period. When not being forthright, many DUI suspects respond that they had a "couple of beers" when that understates the number, and that their last drink was hours ago (even when the drinking was more recent than that) in the hopes of not seeming to be in violation of the Virginia DUI law.

What damage can I cause myself by answering the police officer's questions falsely rather than simply remaining silent during a Virginia DUI investigation?

The answer of "a couple of beers" may well lead the judge at a non-jury trial to conclude that this answer is repeated so often by DUI suspects that it is often an underestimation. The exaggeration that the last drink was many hours ago can weaken the suspect's DUI lawyer's argument at trial that the blood alcohol level at the time of driving could have been lower than at the time of breath or blood testing, in that first alcohol absorbs into the bloodstream, causing one's blood alcohol content ("BAC") level to rise; next the BAC plateaus, and next the BAC dissipates. (On top of that, BAC may rise and fall and rise and fall.) Consequently, the claim of having consumed alcohol hours ago weakens the argument about a possibly rising BAC between the time of driving and testing. Moreover, if the Virginia DUI or DWI investigating police officer happens upon the suspect after an accident, and the driver tells the police officer that s/he drove and that any drinking preceded the accident, that both serves to prove the DUI trial element of driving, and deprives the DUI / DWI defendant of the argument that perhaps the BAC was affected by post-driving alcohol consumption, thus making the BAC testing result unreliable.

What do I do when the police officer asks me to submit to field sobriety tests?

Virginia DUI suspects should watch out for how smooth-talking police often will be. For instance, if a police officer suspects a driver of driving under the influence of alcohol or drugs, the officer commonly is going to tell or ask the suspect to get out of the car (that order is best considered to be mandatory under the law) and to say something along the lines of "I want to just make sure you are safe to drive home, so I’m going to ask you to do some simple tests to make sure of that so we can get you on your way after passing the testing" Falling for such smooth talk can spell disaster. Virginia caselaw clearly states (but the police officer does not have to tell suspects) that nobody has an obligation to submit to field sobriety tests ("FSTs"), but that refusal to submit to FSTs can be considered against the DUI or DWI suspect. My retort is that since the law says nobody has to submit to FSTs, the refusal to do so is indicative of nothing adverse, and only shows the DUI suspect asserted his or her right not to submit to FSTs.

What do I do when the police officer offers for me to blow into a handheld breath testing device?

Usually towards the end of a Virginia DUI investigation, but sometimes earlier on, the police officer will offer or ask the driving under the influence suspect to blow into a handheld portable or preliminary breath test ("PBT") device. The PBT device is more inaccurate than the already inaccurate Intox EC/IR II breathalyzer machine that is legally mandatory to submit to when directed by the police post-arrest. Although many police officers do not tell DUI suspects the following, mis-state it, or incorrectly embellish on it, the police officer is required by Virginia statute to tell the suspect in advance that s/he has the right to refuse to submit to the PBT, and that the results cannot be used in a prosecution (or else cannot be used in court other than for a probable cause challenge against an arrest.) On top of that, the PBT device must be a model approved by the Virginia Department of Forensic Science ("DFS"). Submitting to a PBT test can often spell the difference between conviction and acquittal. Fairfax DUI lawyer Jon Katz often has kept PBT results out of court, but it is better to assert the right to refuse the PBT test in the first place.

Must I submit to the post-arrest Intox EC/IRII breathalyzer test and to blood testing?

Once a Virginia DUI suspect is arrested on probable cause for DUI or DWI, the law requires the arrestee to submit to breath testing and blood testing as directed by the police officer. To do otherwise invites an additional charge of testing refusal. A refusal conviction requires unreasonable refusal, which makes it unfortunate that too many Virginia police officers have a hair trigger tendency to charge refusal when a person physically is unable to provide a sufficient breath sample or is involuntarily burping, when DFS guidelines require at least twenty minutes of no burping, belching, nor vomiting before blowing into the breathalyzer machine.

What do I do if charged with a BAC of at least 0.15, a repeat DUI, driving with minors while driving under the influence, or DUI with maiming or killing?

It is bad enough to get a DUI or DWI conviction in Fairfax, Virginia. If your conviction is for a BAC of at least 0.15 BAC, you will receive mandatory jail time, which also will happen if convicted of DUI after having committed a substantially similar crime within ten years before the current incident. Committing DUI or DWI with a minor under 17 years old on board tacks on five days mandatory minimum jail time. DUI that causes maiming or killing can lead to a felony conviction.

What information from me will help my Fairfax DUI lawyer defend me in court?

If you are reading this article after being arrested for a DUI or DWI violation, now is the time to record and assemble the following information to assist your Fairfax DUI lawyer in defending you, particularly if it turns out that no video recording is available, or that the sound on the video is unreliable:

When should I hire a Fairfax DUI lawyer?

The sooner you hire a Fairfax DUI lawyer, the sooner your lawyer can obtain and work with your answers to the foregoing questions, can do further investigation, and can draft and file with the court advocacy documents to help protect your rights. The police officer is already well prepared for trial by the time you receive your DUI or DWI charging documents, and that preparation will be supplemented by the involvement of a prosecutor. You are not going to level the playing field in court until hiring a qualified DUI defense attorney.

Should I hire an expert witness to challenge my Fairfax DUI or DWI prosecution?

Talk with your Fairfax DUI attorney about the possible benefits of hiring an expert witness to challenge the prosecution against you, on such matters as attacking the reliability and accuracy of breath testing, and mounting a GERD / acid reflux defense. Fairfax DUI lawyer Jon Katz has used such experts scores of times, often with beneficial results. Having worked with forensic toxicology and physician experts against Virginia DUI and DWI prosecutions, Jon is better able to know how to present evidence and arguments challenging the admissibility and reliability of BAC testing evidence, whether or not his client hires an expert witness.

What proactive steps should I take to improve my negotiating and sentencing prospects for my Virginia DUI trial date? How should I deal with VASAP?

See Fairfax DUI lawyer Jon Katz's article on self improvement / self rehabilitation steps (for instance to address alcoholism and alcohol abuse) for negotiations and any sentencing for Virginia DUI defense. See here and here about the Virginia Alcohol Safety Action Program ("VASAP") , which is required for every person convicted of Virginia DUI.