Roadblocks by police – Fairfax criminal lawyer on their legality 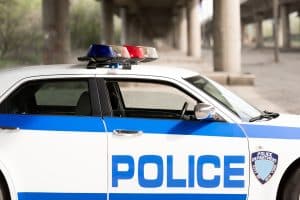 Roadblocks by police – Fairfax criminal lawyer on their legality

Roadblocks are all too common with police. As a Fairfax criminal lawyer, I know that police traffic stops and so-called safety checkpoints are established for such purported reasons as traffic safety (for instance with sobriety checkpoints and seatbelt checkpoints), border patrol, and seeking fleeing criminal suspects. However, such traffic checkpoints do not always pass Constitutional muster and need to be fully scrutinized for Fourth Amendment failings by the lawyer for the person who gets arrested as a result of being stopped at such a checkpoint.

The Fourth Amendment to the United States Constitution provides in pertinent part that: “The right of the people to be secure in their persons, houses, papers, and effects, against unreasonable searches and seizures, shall not be violated, and no Warrants shall issue, but upon probable cause…” When it comes to police traffic stops, appellate courts focus more on reasonableness than on any particularized individual suspicion under the following circumstances:

– Police may establish sobriety roadblocks when applying such safeguards as stopping every approaching car or every other car. Mich. Dep’t of State Police v. Sitz, 496 U.S. 444 (1990).

In 1997, the Virginia Court of Appeals detailed the Constitutional limits on sobriety roadblocks as follows: “’To ensure that an individual’s expectation of privacy is not subjected to arbitrary invasion solely at the unfettered discretion of police officers in the field, seizures at roadblocks must be carried out pursuant to plans embodying explicit, neutral limitations on the conduct of the individual officer.’” Crouch v. Commonwealth, 26 Va.App. 214, 218, 494 S.E.2d 144 (1997).

Police may not stop vehicles at random

The United States Supreme Court has barred random motor vehicle stops, versus the sobriety roadblocks that leave no discretion to police to choose which vehicles to pull over. The Supreme Court made that clear in 1979, overturning a marijuana conviction resulting from a traffic stop made on the basis of no reason other than to check the driver’s license and the car’s registration. Delaware v. Prouse, 440 U.S. 648 (1997).

Roadblocks for checking for unlawful drug activity also are unconstitutional.  Indianapolis v. Edmond, 531 U.S. 32 (2000). Unfortunately, by allowing police checkpoints at all, the appellate courts enable police to take advantage of such stops in the hope of finding drugs and other contraband.

Importance of carefully reviewing police safety checkpoint plans, how the plans were developed, and how they were executed

It is not enough for a prosecutor to prove that a police roadblock with written procedures was established prior to the execution of the search warrant. The checkpoint plan must comply with the foregoing sobriety checkpoint caselaw, must be developed legitimately and with a legitimate basis to choose that stopping location, must involve the right police supervisory personnel, and must be correctly executed. If the checkpoint supervisor does not appear at trial, I would argue against allowing roadblock evidence at trial. If the roadblock plan calls for advance publication of the roadblock on Facebook or elsewhere, I would be ready to argue to the defense advantage if the publicly- / Facebook-announcing law enforcement witness does not appear at trial.

Fairfax criminal lawyer Jonathan L. Katz pursues your best defense against DUI, felony, and misdemeanor charges. To discuss your case with Jon Katz, please call his staff at 703-383-1100 to schedule a confidential consultation.