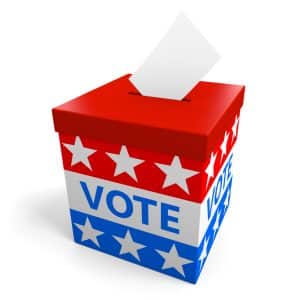 Incoming new head prosecutors will start their terms in January 2020 in Fairfax County and Arlington County, and possibly even in Loudoun County. As a Fairfax criminal lawyer, I know that each such county that gets a Democratic commonwealth’s attorney will experience a prosecutorial sea shift, with their candidates purporting to be reformers.

In Arlington County, on September 23 I saw unchallenged incoming Democratic prosecutor Parisa Dehghani-Tafti in main criminal General District Courtroom 3B for at least the entire hour or so that I was present for a status hearing. Parisa was able to see firsthand not only how misdemeanor cases are handled in that courthouse, but also to consider which current prosecutors she might wish to keep in her administration.

Steve Descano money-wise has a serious independent challenger, so may have been premature to have invited current prosecutors to contact him about their job status

In Fairfax County, Democratic candidate Stephen Descano sent an email to some current prosecutors (according to the Washington Post) “to get in touch with him to discuss their future employment.” Perhaps Steve sent that email before knowing that in the same month of August 2019, Jonathan Fahey (whom I see as the greater of the evils, who wants to stay the current chief prosecutor’s course) would throw his hat in the ring, raising nearly twice Steve’s campaign funds at last check. Complacency is never good for political races, and now Steve will need to offset the meaning of that fundraising disparity by closing that financial gap and campaigning like a real candidate for the general election as he seeks to be the incoming Fairfax prosecutor.

I have consistently underlined the fallacy of former prosecutors’ urgings to hire former prosecutors, in that the best criminal defense lawyer is the one truly devoted to criminal defense and his or her clients, and who can best defend, which takes a different set of skills than prosecuting, where the odds are already in a prosecutor’s favor to win plenty of cases. Now that a major sea-shift is coming with the incoming Arlington chief prosecutor, and to the Fairfax and Loudoun commonwealth’s attorney’s offices if the Democratic challengers win, that fallacy will become all the truer.

What changes will come to prosecutions for marijuana and hash oil?

Marijuana possession prosecutions are among the clearest changes that can be expected with the incoming Arlington commonwealth’s attorney, as well as in Fairfax and Loudoun if the remaining Democratic challengers there win the general election.

Parisa and Steve both say they will not prosecute simple marijuana possession as incoming chief prosecutors. Loudoun Democratic challenger Buta Biberaj does not support wholesale non-prosecution of simple marijuana possession. Will Parisa and Steve do the same with hashish oil, which is pharmacologically indistinguishable from marijuana, but is treated as a felony rather than a misdemeanor under Virginia law?

What happens to criminal cases that are pending when a new incoming prosecutor takes over?

I expect that criminal defendants in Arlington County, Fairfax County and Loudoun County will generally fare better or else no worse with the Democrats who take over as chief prosecutors.

Fairfax criminal lawyer Jonathan L. Katz pursues your best defense against felony, misdemenaor, and DUI prosecutions. To discuss your case with Jon Katz, please call his staff at 703-383-1100 to schedule a confidential consultation.