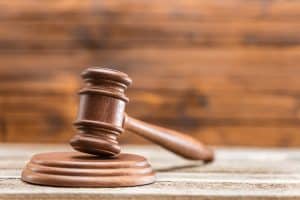 Virginia sex crimes prosecutions include indecent exposure, sexual battery, rape (addressed here), solicitation of sex with minors, sexual activity with minors, and obscenity. As a Fairfax criminal lawyer, Jon Katz knows that people charged with such crimes can face substantial stigma in and out of the courthouse. All criminal defendants are presumed innocent; Jon Katz fully defends you and never judges you.

Indecent exposure is a Virginia sex crime. The Virginia Code provides that: “Every person who intentionally makes an obscene display or exposure of his person, or the private parts thereof, in any public place, or in any place where others are present, or procures another to so expose himself, shall be guilty of a Class 1 misdemeanor.” Excluded from this ban is public breast feeding. Virginia Code § 18.2-387. Consequently, the indecent exposure ("IE") statute does not bar mere nudity. Favorable arguments for criminal defendants charged under this statute exist, for instance, when allegations are absent of an erection, masturbation, or sexually suggestive actions and statements. Morales v. Virginia, 31 Va. App. 541 (2000). Further for defending against IE charges, because "obscene" is an element of indecent exposure in the commonwealth, we can look to the obscenity definition in Va. Code § 18.2-372, Miller v. California, 413 U.S. 15 (1973) (addressed below), and Barson v. Virginia,  58 Va. App. 451 (2011).

May women bare their breasts in public in Virginia?

Bared breasts are permitted for public breast feeding. Virginia Code § 18.2-387. Women are otherwise at risk of a Virginia sex crime / indecent exposure prosecution for public toplessness, when considering that judges can infer that bared breasts can constitute indecent exposure where the IE statute only protects public breast feeding. This risk is enhanced by the Virginia Court of Appeals' affirming a buttocks-baring conviction through referencing the statutory definition of nudity at Virginia Code § 18.2-390, which includes the “female breast with less than a fully opaque covering of any portion thereof below the top of the nipple in affirming an indecent exposure conviction for exposing a bare buttocks. Hart v. Virginia, 18 Va.App. 77, 79 (1994).

Because men are not barred under the Virginia sex crimes laws from baring their breasts, Equal Protection arguments may be made under the United States' Constitution's Fourteenth Amendment that women may not be singled out for such Virginia sex crime prosecutions. Even though a panel of the United States Court of Appeals in Richmond, Virginia has rejected that argument (with a concurring opinion questioning such precedent), U.S. v. Biocic, 928 F.2d112 (4th Cir. 1991), society's increased acceptance of female toplessness and opposition to penalizing women for men getting sexually aroused by them (also known here as the sexualizing of female breasts) -- together with the sky not falling in places where female toplessness is lawfully protected -- tips in favor of the Tenth Circuit's more recent granting of such an Equal Protection argument. Free the Nipple v. Fort Collins, 916 F.3d 792 (10th Cir. 2019).

Indecent liberties with minors is severely punished in Virginia

In Virginia, an adult engaging in sex with a minor fifteen years old or older is a Class 1 misdemeanor Virginia sex crime, classified as contributing the the delinquency of a minor. Virginia Code § 18.2-371. The same activity with a thirteen or fourteen year old is a Class 4 felony, carrying up to 20 years in prison. Virginia Code § 18.2-63. Vaginal or anal object penetration of a minor under thirteen years old by an adult carries a mandatory minimum life sentence if committed on or after the date this mandatory sentence was instituted. Virginia Code § 18.2-67.2. Tongue kissing / French kissing by an adult with a minor under thirteen years old is a Class 1 misdemeanor. Virginia Code 8.2-370.6. All the foregoing actions are strict liability crimes where no defense is available to claim that the defendant reasonably believed that the child was an adult, even if the child produced photo identification indicating adulthood. To engage in any sexual activity with a person who is not clearly well over twenty years old risks learning that the person actually is a minor.

Obscenity possession and trafficking is a crime

Obscenity is a Virginia sex crime. Virginia Code § 18.2-374. A jury must affirmatively answer the following three questions before finding guilt for obscenity: (1) whether the material depicts patently offensive representations or descriptions of “ultimate sexual acts, normal or perverted, actual or simulated” or “masturbation, excretory functions, and lewd exhibition of the genitals;” (2) whether the average person, applying contemporary community standards would find that the work, taken as a whole, appeals to the prurient interest, and (3) whether the work, taken as a whole, lacks serious literary, artistic, political, or scientific value. Miller v. California, 413 U.S. 15 (1973) (defining obscenity in the light of the First Amendment). The foregoing obscenity definition is far from well-defined. Child pornography prosecutions (addressed here) may also be coupled with parallel obscenity counts, in part to protect prosecutors in the event they are unable to prove that the people displayed in the material are indeed minors.

How do I avoid a Virginia sex offense prosecution?

One helps avoid a Virginia sex crime prosecution by only engaging privately in mutually consensual adult-to-adult sexual activity. (Female toplessness should not be prosecuted in the first place, as addressed above, and First Amendment arguments may be made concerning obscenity allegations.) Casual sexual activity with strangers can particularly risk a claim by the other person that the activity was not consensual. Beware engaging in any sexual conduct online, because the Internet can lull people into feeling a false sense of anonymity, when the Internet is far from anonymous. None of this is meant to rain on people engaging in and enjoying healthy consensual adult sexual activity. At the same time, police and prosecutors are constantly on the lookout for prosecuting sex offenses, and you do not want to become a defendant in such a case, let along being convicted and sentenced.