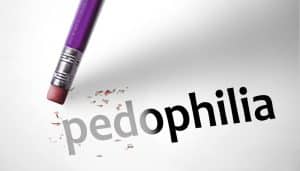 Minors must not be communicated sexual interest, at the risk of a Virginia felony conviction

Minors are heavily protected under Virginia law against adults seeking sexual activity with them. As a Virginia criminal lawyer, I know that adults are prohibited from knowingly and intentionally doing the following with children under fifteen years old (and even with cops posing as such children):

As a Virginia criminal lawyer who has defended numerous pedophiles in court, I know that sexual interest by adults in minors is all too common, and all too often leads to pedophiles being prosecuted, convicted, and severely sentenced for child pornography possession, distribution and production; soliciting minors for sexual activity; and sex with minors.

I can argue until I am blue in the face that adults attracted to minors are sexual beings who often have stunted mentalities arising from themselves having been abused physically, sexually, or mentally as children, and therefore identify sexually with children. However, that does not provide justification for their not simply stopping at the point of fantasizing rather than acting on such attraction.

One forensic psychologist I have worked with in pedophilia prosecutions has emphasized that mere banter by an adult with minors about seeking sexual activity can sometimes be the expression of mere fantasy that the adult has no intention of acting on. However, this week the Virginia Supreme Court made clear how risky it is to merely “banter” about such fantasies, which Mark Murgia learned the hard way. Virginia v. Murgia, ___ Va. ___ (May 16, 2019).

Murgia is not a sympathetic character. He used his role as a track and field coach to entice a minor who was training with him, repeatedly to hear his sexual interest in her, culminating in his inviting her to know the details of a dream he had about her, replete with full graphic details and nothing left to the imagination. The minor accepted his offer to provide such details, Murgia did so by texting, and he got convicted of the felony of indecent liberties with a minor, for that one sexually graphic text alone, based on the concept that his text could have been part of a scheme to lure the minor into engaging in sexual activity with him. Murgia.

Even though I cannot think of any type of criminal defendant I would not defend (unless one who wants to snitch/cooperate), I insist that  when it comes to sex, it must be mutually consensual among adults only. Adults must stay away from minors concerning sexual activity, both for the sake of the minors’ well being, but also because of the prosecution, conviction and incarceration risks faced by the adults. It is far better for such adults to get the right psychological help now than to do so only after getting prosecuted.