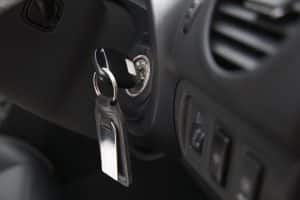 Noncompliance proceedings are another name for allegations alleging probation violations in DUI cases. As a Virginia DUI lawyer, I know that such charges need to be fully defended.

Common alleged violations that lead to noncompliance hearings include incurring new criminal charges or convictions arising from allegedly criminal activity while on probation, positive alcohol readings on the ignition interlock device, and driving outside the limitations of one’s restricted driving license.

No Virginia DUI or criminal defendant should go to a noncompliance hearing like a sheep, rather than timely obtaining a qualified lawyer to fight for them. With the defendant’s lawyer, they can review the specific probation violation allegations filed in writing with the court, determine the extent to which those allegations may or may not be true and may be challenged, determine the extent to which the allegations will or will not be able to be proven by the opponent, and set out a game plan for reducing the harm of such a hearing, for instance by returning to alcohol education/treatment (possibly more intensive than any previous alcohol program) and by showing documentation of weekly attendance at such self help meetings as Alcoholics Anonymous (which attendance does not equate with admitting to any alcohol problem), or the online equivalents of stepchat.com or smartrecovery.org.

Also, it is a good idea for the noncompliance defendant’s attorney to contact the client’s VASAP (Virginia Alcohol Safety Action Program) agent to know the agent’s thoughts on possibly recommending no adverse action so long as the defendant takes such steps as undergoing further alcohol treatment, extending the probation period, and/or extending any restricted driving period. Sometimes the VASAP agent will be a full or partial ally in the matter, but not always.

Judges take probation violation allegations seriously, which is reason enough for probation terms and conditions and suspended sentence lengths to be an important part of any sentencing and plea negotiations proceedings. A Virginia conviction for noncompliance on DWI probation risks the imposition of up to the full balance of one’s suspended jail sentence and suspended fine, and the revocation of one’s restricted driving privileges, together with the extension of the probation period. Upon any judicial full or partial revocation of probation in General District Court, the Virginia DUI defendant may appeal the conviction to the Circuit Court for a whole new trial (where the sentence in District Court does not create a ceiling on the penalty risks on appeal), and should be able to obtain an appeal bond (or, better yet, personal recognizance) to pay in order to remain out of jail pending appeal.

Avoiding a probation violation charge in the first place

As a Virginia DUI lawyer, I urge that the best way to avoid a probation noncompliance conviction in the first place is to avoid getting charged, including by not getting behind the wheel within twenty-four hours of consuming beer, wine or alcohol; meticulously adhering to one’s restricted driver license terms and conditions; and avoiding any new criminal charges.

Virginia DUI lawyer Jonathan L. Katz has successfully defended hundreds of DWI defendants, and pursues your best defense against misdemeanor, felony, drug, marijuana and sex prosecutions. To discuss your case with Jon Katz, please call his staff at 703-383-1100 to schedule a confidential consultation.