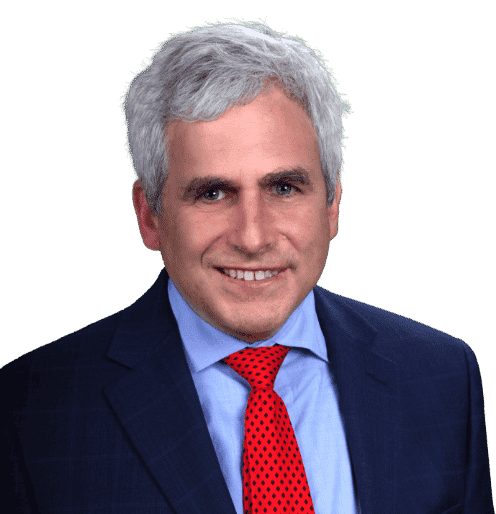 Call Us Today For Your Defense Action Plan

Do not go alone to your Virginia criminal trial

Virginia criminal and DUI defendants should not go to trial alone. Booby traps can abound in the courthouse, and must be neutralized in pursuing your best defense. Fairfax criminal defense lawyer Jon Katz is a top-rated lawyer defending you in Fairfax County, Arlington, Prince William, Loudoun, and beyond.

All that matters to Fairfax criminal lawyer Jon Katz is that you are in need of a first-rate criminal defense or DUI lawyer. Criminal defense is a calling for Jon Katz, stemming from his decades of devotion to protecting everyone's civil liberties, starting with his human rights work with Amnesty International during college (Tufts University, B.A. 1985). That drive to protect people's rights led Jon to attend law school (George Washington Law School, J.D. 1989), and to begin his criminal defense career for five years as a public defender lawyer, when he attended the intensive and highly-selective two-week Trial Practice Institute of the National Criminal Defense College (1994) and the four-week Trial Lawyers College. Jonathan Katz speaks fluent French and proficient Spanish.

Fairfax criminal lawyer Jon Katz practices the martial art of taijiquan, which translates well to the courthouse for battling effectively, calmly, and with proverbial killer instincts. Our law firm symbol incorporates the t'ai chi / yin-yang symbol -- known as the supreme ultimate -- with the scales of justice, which is about pursuing victory through harmonizing and reversing adverse situations. Going hand in hand martial arts making Jon Katz a  better lawyer is his mindfulness practice, which makes him better grounded for court battles that often are like proverbial gladiator fights.

Fairfax criminal lawyer Jon Katz believes in spreading the word of justice on his criminal defense blog and through the news media. He is experienced effectively dealing with the media to his clients’ advantage, having defended in such high profile cases as the Westboro Baptist Church’s trial (that proceeded to a Supreme Court victory on First Amendment grounds); and radical peace activists in the Plowshares depleted uranium case (teaming up with Lyndon Johnson's last attorney general Ramsey Clark to defend famous peace activist Philip Berrigan and co-defendants).

Fairfax Criminal Lawyer Jon Katz's Work Is All About You, And Providing You Premium Service

Knowing that his criminal defense and Virginia DUI defense work is on the side of the angels, Fairfax criminal defense lawyer Jonathan L. Katz thrives in the battle for his clients. Winning is euphoric and battling for victory is a thrill in itself. Jon Katz's zeal for fighting for the accused goes as far back as the age of ten, when he was falsely accused of trespassing at the apartment complex near his public school, and continuing with unnecessarily unpleasant experiences with police during a minor moving violation stop and and when engaging in lawful political protest. Those experiences are child's play compared to the challenges Jon's clients face, and he defends them to the hilt, whether or not they did any of the acts they are accused of. This is your battle for justice. Jon Katz is ready to fight alongside you.

Fairfax criminal lawyer / Virginia DUI attorney Jon Katz's clients too often are unfairly painted as wrongdoers and ne'er-do-wells by police, prosecutors, judges and the general public. His job includes transcending all that and humanizing my clients.

Dealing with the high stakes of criminal defense

The stakes are often high for criminal and DUI defendants, and the battle plans need to be tailor made, ready to include unconventional approaches when orthodoxy will not do. One day a client expressed surprise that Fairfax criminal defense lawyer Jon Katz would entertain taking his "small criminal case." To Jon, no criminal defense nor DUI case is too big nor too small. In the end, an often substantial piece of his client's life is connected to the case, and Jon takes seriously the responsibility his clients place in him to fight for justice alongside them. There is no such thing as just another DUI case, just another Virginia drug case, just another Fairfax assault case, or just another any kind of case. Each case is critical for each client, and each case comes alive through the human drama and story surrounding the case and with our fighting on the right side of justice.  Jon Katz does his best to convey his client's story, his client's humanity, and how this indeed, is not just another case on the docket, to judges and juries in a compelling and persuasive way in his fight for justice for each client, one at a time.

Fairfax criminal lawyer Jon Katz listens deeply to what you are saying and not saying; and to your concerns, fears and hopes. Jon uses that as ammunition to fight on behalf of Virginia criminal and DUI defendants, and to help give clients harmony and to reduce the pressure on their shoulders as we proceed forward. Jon endeavor to bill honestly and to give full value to his clients. Jon will always be honest and fair with his clients, not only because the lawyers' ethics rules mandate it, but also because that is the only way he knows how to live.

Fairfax criminal defense lawyer Jon Katz is easy to reach, easy to talk to, and easy to work with.

Fairfax criminal lawyer Jon Katz puts his years of successful experience to work for you.

Criminal defense / Virginia DUI defense Jon Katz's work is all about his clients, winning, and civil liberties. From the time Jon entered public school in 1968, he was captivated by the daily Pledge of Allegiance’s promise of Liberty and Justice for All, and then the Declaration of Independence's insistence on life, liberty and the pursuit of happiness and ending tyranny. However, from that time until today, we still have far to go to close the gap between the ideals of the pledge of allegiance and Declaration of Independence on the one hand, and the realities of the criminal justice system in Virginia and beyond and the nation's civil liberties situation on the other.

Fairfax criminal lawyer Jon Katz thrives defending his clients in criminal court not because it is some sort of rarefied place to do intellectual jousting, but because despite the mess and ugliness that often faces criminal defendants in court, the courtroom is the decisive battlefield for obtaining justice.

Jon Katz's main motivation for doing the work he does is fully serving clients against the legally-backed might of police and prosecutors, protecting civil liberties, and reveling in the thrill of battling for victory. As a result, Jon’s legal practice focuses on Virginia criminal defense and Virginia DUI defense, where DUI arrests ensnare even those who otherwise support governments’ so-called get-tough-on-crime campaigns.

Criminal defense lawyer Jon Katz fully defends you regardless of  your politics, profession, or personal background. He fights for you no matter how big or small your case may seem at first blush. All that matters to Jon is that you are an individual needing a lawyer to fight for your rights and for the best possible outcome in your case.

All of the above is Jon’s call to battle for his clients. Backing that up is his over two decades of experience successfully defending clients at trial and in negotiations backed by readiness to go to trial, and by Jon’s close teamwork with his experienced staff. Call 703-383-1100 for a free in-person consultation about your court-pending criminal or DUI case.