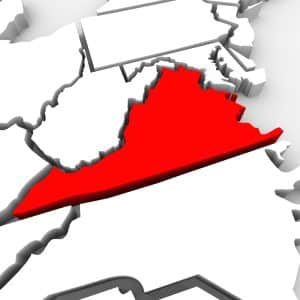 Criminal defendants charged with misdemeanors and felonies more often are prosecuted in the Virginia state courts than federal courts. Fairfax criminal lawyer Jonathan L. Katz defends in both sets of courts. Once a person is charged with crime, the die is cast, and the defendant has no choice but to fully defend against the prosecution.

All criminal defendants can feel daunted by the risk of their loss of liberty and adverse collateral consequences in the event of a conviction. Fairfax criminal lawyer Jon Katz fights tooth and nail every step of the way to enhance his clients’ chances of victory, through the three-pronged approach of thorough trial preparation, skilled negotiations backed up by readiness to go to trial when his client declines a negotiated settlement, and preparation for potential sentencing.

Criminal court can be a messy battlefield, calling for full battle gear rather than cufflinks

Many criminal and DUI defendants learn that plenty of prosecutors and police fight hard, and not all of them fight fairly. Hiring a qualified, experienced and battle-ready lawyer can make a big difference in the outcome of your case. The messiness of the courthouse should not be a time to shrink from battle, but instead is a call to criminal defensive action. Going to one’s trial date without a lawyer keeps the uneven playing field uneven.

Some criminal defendants and DUI defendants with no prior criminal charges decide to save money by going to court alone or hiring a lawyer based mainly on low price, figuring that the case outcome will not be bad enough to justify fully investing in the defense. In actuality, it is ideal for a person without criminal convictions to fight to keep it that way. If a person is going to get convicted of something, a qualified criminal defense lawyer can sometimes enhance the chances of a less unfavorable conviction and a more favorable sentence than if the defendant had proceeded alone to court. Additionally, in numerous Virginia courthouses, the prosecutor often will not talk with defendants rather than with their lawyers.