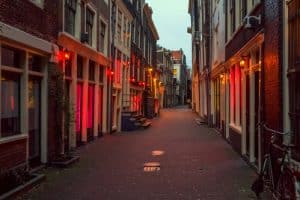 A prostitution or bawdy place arrest and conviction are not avoided merely by pointing out that the sky has far from fallen in Nevada, Europe nor anywhere else where such activity is legal and regulated.

A common formula of Virginia police prostitution stings is to lure a suspect to a hotel with an ad on such online sites as Backpage or Eros, have the would-be provider soon ask the client about his sex act preferences and whether he has a condom and then excuse herself to go the bathroom, followed by the police nabbing the customer sometimes after the customer has started removing his pants. The police then try to finish off the job by seeking a confession from the suspect. Silence remains golden when a police suspect.

Look out for any holes in the prosecution's case

The three elements of such an offense in Virginia are [1] offering “money or its equivalent to another [2] for the purpose of engaging in sexual acts as enumerated in subsection A and [3] thereafter [doing] any substantial act in furtherance thereof.” Va. Code § 18.2-346. If the prosecutor is unable to prove even one of those elements beyond a reasonable doubt, an acquittal is necessary.

Proactive steps may be beneficial for Virginia prostitution defendants

For purposes of case negotiations and possible sentencing, I often advise my clients accused of such offenses to do the following in advance of the trial date: (1) obtain a clean HIV/AIDS blood test; (2) complete at least twenty-four hours of documented voluntary community service; and (3) seek a positive prognosis from a psychologist not to commit future offenses of this law. In addition, I might advise a client to consider making advance arrangements to attend the John school in Richmond, Virginia. An online option is here.

A Virginia prostitution conviction is a scarlet letter, and can threaten one’s security clearance, employment, and immigration status. Such charges need to be fought tooth and nail.