Indecent exposure in Virginia- Fairfax criminal lawyer on what is banned 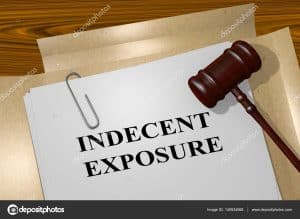 Indecent exposure in Virginia- Fairfax criminal lawyer on what is banned

“Every person who intentionally makes an obscene display or exposure of his person, or the private parts thereof, in any public place, or in any place where others are present, or procures another to so expose himself, shall be guilty of a Class 1 misdemeanor.” Excluded from this ban is public breast feeding. § 18.2-387. Consequently, the indecent exposure statute does not bar mere nudism. Favorable arguments for criminal defendants charged under this statute exist, for instance, when allegations are absent of an erect penis, masturbation, or sexually suggestive actions and statements. Morales v. Virginia, 31 Va. App. 541 (2000). When sexually suggestive statements are accompanied by displaying skimpy genital and buttocks coverings that would be acceptable (even if not enjoyed) on the beach, Virginia Court of Appeals caselaw has made such actions subject to successful IE prosecution.  Hart v. Virginia, 18 Va.App. 77, 79 (1994). Because obscene is an element of indecent exposure in the commonwealth, we can look to the obscenity definition in Va. Code § 18.2-372, Miller v. California, 413 U.S. 15 (1973), and Barson v. Virginia,  58 Va. App. 451 (2011).

It is a felony to flash one’s genitals to children?

The proverbial or actual flasher who gets kicks out of exposing himself or herself to children risks a felony conviction for unlawful liberties, rather than a mere indecent exposure prosecution: “Any person 18 years of age or over, who, with lascivious intent, knowingly and intentionally… [e]xpose[s] his or her sexual or genital parts to any child” has committed a Class 5 felony. Va. Code § 18.2-370(A).

Is public urination criminalized in Virginia?

Public urination is only a separate crime in Virginia if criminalized by the county or city code. For instance, the Fairfax City Code bars urinating or defecating in public parks other than in permanently or temporary toilet facilities. Fairfax City Park Rules § 1.03(14). Public urination would sound less serious than indecent exposure.

What if I need to urinate or defecate in the wilderness, miles from the nearest bathroom, outhouse or Sani John?

Unfortunately, Virginia indecent exposure law creates risk anytime a person’s genitals are exposed to the public, even if trying to be as discrete as possible with simply urinating or defecating when on the hiking trail with no outhouse in sight. Also be aware that federal law and regulations will also apply for federal park property.

Do I have a First Amendment right to expose my naked body in public, despite the indecent exposure law?

The Virginia courts and United States Supreme Court do not recognize a First Amendment nor other Constitutional right to appear nude in public. Headway is being made with Fourteenth Amendment / Equal Protection arguments against criminalizing as indecent exposure or otherwise baring female breasts in circumstances where the same conduct by males would be lawful. Virginia’s indecent exposure statute expressly permits public breast feeding. With Virtus on the state flag fully baring one breast, it is ironic that baring breasts can get a conviction in Virginia.

The United States Supreme Court has indeed recognized nude dancing (for instance at strip clubs) and in films to expressive activity  that calls for First Amendment analysis, expressive conduct that  but does not legalize public nudity, rather than presenting nudity to those who seek it out in theaters and other enclosures. However, Supreme Court adult entertainment jurisprudence generally gives lesser First Amendment protection to nudity, and allows laws requiring pasties to cover women’s nipples and g-strings to cover performers’ genitals, so long as secondary effects hurdles are met. Even lap dancing can be expressive dancing conduct. To watch some of the most talented strip club / adult cabaret performers (consider pole dancing, for instance) and lap dancers can be like watching classically trained dancers — because many are talented dancers generally — rather than indecent exposure, no matter how much any crudeness is or is not thrown in.