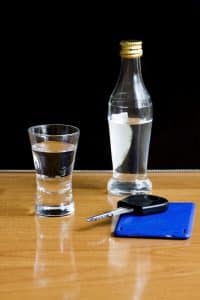 Improper driving (“ID”), which is an infraction, is often a negotiated result sought in a Virginia reckless driving case, but much less often attainable for a DUI case. As a Fairfax DUI lawyer, I recently obtained the big leap of an ID plea deal in a DWI case, prosecuted under Va. Code § 18.2-266, by seizing the moment when the prosecutor learned that the reporting police officer would be out of court due to illness.

What happens when a Virginia prosecutor seeks a same-day trial continuance?

In this DUI case where I obtained an improper driving case result, the breathalyzer / Intox EC/ IRII technician appeared for the trial date, but the prosecutor learned that the police officer had called in sick, and therefore would not be present for trial. The prosecutor offered a wet reckless plea deal as a result, but I pointed out that without his arresting officer he was not in a position to obtain any trial conviction at all that day. The defense counter-offered with ID, and I told the prosecutor I planned to hamper his continuance effort by reminding the judge that over a month earlier, we had informed the court and prosecution in writing that our client had moved from Virginia to a state over one thousand miles away, which required flying to trial while Covid-19 continues spreading (so let us not expose my client to the coronavirus a second time by postponing the trial date).

Obtaining a trial date continuance requires establishing good cause to the court for doing so. Here, where I ultimately achieved an improper driving deal, the prosecutor did not know what the prosecutor’s illness was, nor when he became ill. I said that with his office’s knowing weeks ago that my client had moved to over one thousand miles away, it would have been good for a prosecutor to have told the reporting police officer to give plenty of advance notice of any absence from court, to enable the defendant to cancel his flight to Virginia. I told the prosecutor that I would couple that argument against a continuance with the absence of information about when the police officer became sick and what his sickness was, and how much time passed between the police officer’s knowing sickness would prevent his appearance in court and when the prosecutor’s office knew the officer would be absent. As an aside, a criminal defense lawyer can also check whether the absent prosecution witness was subpoenaed to court in the first place, because the absence of such a subpoena can weaken a prosecutor’s postponement request.

What happens if the court denies the prosecutor a trial date postponement?

Virginia General District Court judges will commonly grant continuances for police illness on the first trial date. One Fairfax trial judge has repeatedly said that he will freely grant trial date postponements when the police officer calls in sick — even if the defendant flies from another state, and even if this is the second trial date — and will do the same for a sick defense lawyer or defendant. On top of that, in such counties as Fairfax, judges know that prosecutors have very limited time to pay attention to District Court DWI and other misdemeanor cases until the trial date, and likely take that into account when deciding upon prosecution trial date postponement requests.

When the judge denies the prosecution a postponement, the prosecutor has the choice between proceeding to trial (and losing if the prosecutor is lacking one or more essential witnesses) and moving to enter the case nolle prosequi, which is a non-prejudicial dismissal that allows the prosecutor to re-prosecute the case. Of course, no re-prosecution is possible when the statute of limitations has passed. In this improper driving case, even if the court had denied a trial continuance, the judge would undoubtedly have granted a nolle prosequi under Virginia Code § 19.2-265.3 (requiring good cause shown) whereby the deadline for re-prosecuting was still many months away.

How much better is an improper driving result than a Virginia DUI conviction?

Improper driving is a non-jailable infraction under under Va. Code § 46.2-869, that carries three points, which is the fewest possible points for a Virginia point-assessable driving infraction. Virginia DWI on the other hand is in the most serious category of misdemeanors (Class I), carries six points against one’s driving privileges, risks significant adverse collateral consequences, significantly raises car insurance rates, carries one year of no driving (with applicable restricted driving), requires completion of alcohol education through VASAP, and for a second offense within ten years carries a mandatory incarceration period and a lengthy waiting period to obtain restricted driving privileges. Consequently, an ID result is far superior to a Virginia DWI conviction.

Repeatedly I advise clients on self-improvement and self-rehabilitation steps they can take to possibly improve their prospects in negotiations and any sentencing with their Virginia criminal and DUI cases, whether it is geared to obtaining an improper driving result in a Virginia DUI case or otherwise. When criminal defendants do that, it is one more piece of information to sway a prosecutor to favorably negotiate the case. For instance, if a prosecutor wants the settlement to include AA meetings, counseling and/or community service and sees that the defendant has already proactively done that, it provides testimony that the defendant is committed to improving his or her future behavior, and is evidence that the defendant will fulfill any negotiated sentencing condition for continuing with such steps.

Furthermore, after self-proclaimed reformists and progressives took over as the commonwealth’s attorneys in four Northern Virginia counties early this year, some judges in a few of those counties ask reasons for prosecutorial decisions to dismiss and amend criminal charges, and the defendants’ having achieved with proactive self improvement before the trial date can provide prosecutors a talking point for being among the reasons s/he gives the judge for reaching such a case negotiation.