Restorative Justice Must Not Get Judicial Hurdles 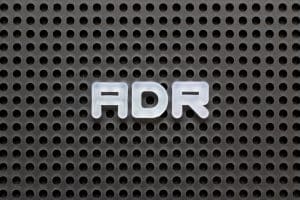 Restorative justice must not get judicial hurdles- Fairfax lawyer comments

The November 2019 elections brought in new prosecutors in Fairfax County and three other Northern Virginia counties who presented themselves as reformers or progressives to one degree or another. As a Fairfax criminal lawyer, I support the effort of one county’s chief prosecutor to eliminate judicial interference with her efforts for restorative justice and other pro-defendant moves mutually agreed by the opposing parties.

What is restorative justice and why are Arlington Court judges pushing back against it?

Restorative justice (RJ) — also known as transformative justice — is an alternative dispute resolution (ADR) approach that enables criminal cases to be resolved without convictions.  With RJ, the alleged victim and accused (with the criminal defense lawyer) meet with a facilitator. The alleged victim has an opportunity to tell the accused how the accused’s alleged behavior has affected the alleged victim. The facilitator works to see if the parties can reach a settlement, for instance restitution, community service, repairing alleged physical damage, and/or participation in such self-improvement programs as alcohol or substance abuse classes, anger management classes, or psychological or personal counseling.

On their own motion, all four Arlington County, Virginia, Circuit Court judges in March 2020 threw a roadblock at restorative justice and criminal defendant-beneficial case outcomes, with an order (“Order”) requiring prosecutors to give written reasons for moving to dismiss or amend criminal charges, even when the defense agrees to such moves. In seeking Virginia Supreme Court relief against the Order, the Arlington commonwealth’s attorney asserts that the Order — which elsewhere she calls unprecedented — exceeds the court’s statutory authority and violates separation of powers between the judicial and executive branches of government.  Eight chief Virginia prosecutors rightfully are rallying as amicus curiae / friends of the court in pushing against this Order.

RJ should be the norm throughout Virginia

Restorative justice is a time-tested alternative that both empowers alleged victims — rather than shunting them mainly to the sidelines during a winner-takes-all trial — and gives criminal defendants an alternative to the often harsher results and collateral damage from a conviction and sentence in criminal court.

Not only should restorative justice be commonplace throughout Virginia and the rest of the nation, but Arlington is well-poised to implement and exemplify a well-structured and well-run RJ approach, based on its chief prosecutor’s devotion to the RJ approach. Soon after taking offices, Arlington commonwealth’s attorney Parisa Dehghani Tafti underlined that restorative justice is her “passion project,” and that the Casey Foundation had loaned Liane Rozzell to pursue that project. We do not need the Circuit Court judges getting in the way of that.

RJ’s time has come for all of Virginia, and helps to better allocate limited prosecutorial resources

Restorative justice can involve fewer judicial resources than contested criminal cases, and eliminates the need for prosecutors to subpoena and prepare the testimony of witnesses. We already know how limited are prosecutorial resources when considering the late July 2020 announcement of Fairfax County commonwealth’s attorney Steve Descano that limited resources in his office means that his prosecutors will no longer prosecute the vast majority of misdemeanor cases.