Opening the Judge’s Ears and Being to Criminal Defense Arguments 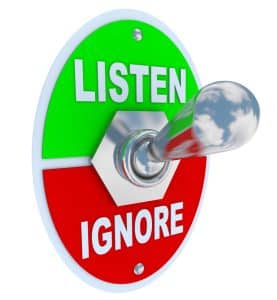 Opening the judge’s ears and being to criminal defense arguments

Opening a judge’s and jury’s hearts and minds to a lawyer’s evidence and arguments is essential, says Fairfax criminal lawyer

Opening a judge’s and jury’s ears and beings to a lawyer’s evidence and arguments is essential for persuasion. As a Fairfax criminal lawyer, I know that merely throwing raw and disorganized facts and law to a judge and jury can fall on deaf ears. Judges enter the courtroom often with seemingly never-ending crushing court dockets, with the added weight of chambers work when off the bench. Jurors often feel like fish out of water — while yanked away from their daily personal and professional routine — and are acclimating and orienting themselves to this courtroom transition that controls when and where they go, and disconnects them from their cellphones, email and texting except for court breaks. Judges and jurors appreciate when lawyers help them economize their time, not shortchanging the criminal defendants’ presentation and arguments but not unnecessarily elongating them either.

When a criminal defense lawyer wants to be opening the ears of a judge and jury, the lawyer is asking them to trust the lawyer rather than to constantly be on their toes for betrayal, half-truths, and contempt by the lawyer. That requires the lawyer to do the same with them, because judges and jurors often are going to reflect negative attitudes back on any negative attitudes the lawyer has about them. Even if a judge has a well-earned reputation as a tyrant, racist or sexist, s/he has the seeds for doing right by the criminal defendant, and a skilled criminal defense lawyer can find, plant, water and nurture those seeds. Even the most steely-seeming judge or jury may well have a heart of gold inside, or else a heart they lost and very much want to find. Without being manipulative at all — where manipulation will be a lawyer’s downfall — a lawyer can open a judge’s and jury’s ears, hearts and minds by the lawyer’s acting with compassion, insight, attention, and full persuasive abilities.

Certainly, if a judge communicates and acts on racist, sexist or other unacceptable views, a lawyer should not hesitate to pursue rectification of that, right up to pursuing lawful removal or non-reappointment of that judge, even if that risks the judge’s ire and retaliation the lawyer. At minimum, that lawyer then will need to tell his or her clients and potential clients of any animosity of the judge towards the lawyer.  Nonetheless, the judge assigned to a lawyer’s case is the judge on that case until further notice, and s/he is the reality that needs to be dealt with and to pursue opening his or her ears to the lawyer’s evidence and arguments.

When a lawyer unnecessarily embarrasses a judge or juror, the judge and juror transition to self protection mode, thus closing off their hearts and minds rather than opening them. Jury selection / voir dire is at once a great opportunity to educate and persuade potential jurors while identifying the most risky jurors for peremptory and cause strikes, but if a lawyer asks a potential juror an unnecessarily embarrassing question or asks the question in a disrespectful or arrogant way, not only might the potential juror turn against the lawyer as a result, but the entire jury pool might do so, because by now they identify with each other as a unit. A judge may be in even higher alert to protect himself or herself from embarrassment or reputational damage, because the judge is invested in this job possibly for many years to come.

Information and arguments can fly at judges and jurors at a dizzying pace. A criminal defense lawyer can get further in persuading them and opening their ears not by ranting and raving, but by being the reliable source to whom the judge and jury looks for help in understanding and analyzing that information. The judge and jury will appreciate the lawyer who is fully prepared, rather than wasting their time grasping and fumbling for documents, ideas and information. By spending pre-court time on such preparation, the lawyer shows the judge and jury that the attorney respects their time enough to be fully prepared before s/he ever steps foot in the courthouse.

Visuals can get overdone by PowerPoint overuse, but at the same time, the lawyer needs to remember that different people are more visual, auditory and/or introspective in the way they process information. Therefore, in pursuing an opening into the judge’s and jury’s minds, the lawyer can use a combination of the three in persuading judges and juries, including a few simple charts or powerpoints, or even writing a few ideas or simple diagrams on a whiteboard; using pleasing voice tone — and certainly not monotone — throughout the trial and other court proceedings, especially when emphasizing a point that the lawyer wants them to internalize; and summoning the judges’ and juror’s feelings, sensations and even emotions that might help persuade them to the criminal defense. Using one or two mnemonic devices might always be helpful, with one of the most winning mnemonics having been’ “If [the glove] doesn’t fit, you must acquit.” Notice how when Johnny Cochran uttered that persuasive phrase to bounce throughout the jury deliberation room that he was combining that with the visual of wearing a black cap, to show that it was folly to think O.J. Simpson would try to disguise himself in such a manner, when a cap would have made him as obviously O.J. to any observer as without a cap.

Lawyers start with three years of law school, with many of those days intensely spilling into even eating, drinking and urinating the law. Judges and jurors are not as intense as that with the law. Judges are also administering and managing their dockets. Plenty of jurors may have barely even thought about the law other than laws that directly and affect them. This then is the opportunity to educate them in opening their minds, not in a pedantic nor superior-feeling way, but in the role as a helpful resource in the judge’s and jury’s efforts to do the right thing

Judges appreciate when they can admit error without being ridiculed

Even the most brilliant minds can make errors. As much as I wish he had never been on the bench, the late Supreme Court justice Antonin Scalia did have a brilliant mind, but even his brilliant mind did not insure against errors — which means that any judge, therefore, can err. Credit goes to Justice Scalia for having once admitted in open court that he had a tendency not to be more careful in reading legal brief footnotes, and to the recently late, great advocate John Weston for injecting ear-opening humor in response, rather than ridicule, as follows: SCALIA, J.: Mr. Weston, incidentally on the other point, I reviewed your footnote. I tend to read footnotes quickly. You were right on our other point. MR. WESTON: Thank you, Justice Scalia. I’m going to go home now. (Laughter.) I thank the Court for its courtesy. This is a memorable day for me.”

Criminal defense lawyers can make court a memorable day by persuading with the foregoing ideas in mind.

Fairfax criminal lawyer Jonathan L. Katz pursues your best defense against Virginia prosecutions by summoning and harnessing his years of experience successfully defending the accused. Call 703-383-1100 for a free consultation and tailor-made defense action plan, about your court-pending criminal or DUI case.