Restorative justice is working for juveniles in Fairfax and Loudoun counties, and should be expanded 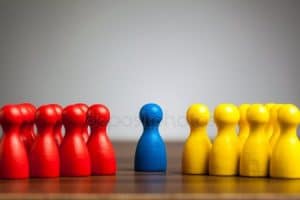 Restorative justice (RJ) is an alternative dispute resolution approach that enables criminal cases to be resolved without convictions (and sometimes without even having formal court charges). As a Fairfax criminal lawyer, I know that with RJ the alleged victim and accused (the accused needs the presence of his or her lawyer) meet with a facilitator, the alleged victim gets a chance to tell the accused how the accused’s alleged behavior has affected the alleged victim, the facilitator sees if the parties can come to an out-of-court settlement (for instance with payment of restitution, an agreement for the accused to do community service or to directly fix the alleged damage done (for instance to repaint a wall that the accused has allegedly egged), and / or for the accused to participate in such self-improvement programs as alcohol or substance abuse classes, anger management classes, or psychological or personal counseling.

Wonderfully, one of the Fairfax County AAP’s principles is to addresss “disproportionate minority youth representation in the criminal justice system and disciplinary proceedings.” The AAP also uses the “principles of restorative justice to focus on: Reduce juvenile recidivism of harmful criminal and behavioral acts; Hold youth accountable for their actions without exposing them to the risks of a criminal record; [and] Provide victims an opportunity to be actively involved in resolution of their case.”

Restorative justice should be expanded to cover adults as well

Among the most beneficial restorative justice proponents for the criminally accused is attorney and mindfulness practitioner Sujatha Baliga. Sujatha has publicly told her story of being a survivor of sexual abuse by her father and coming to terms with him on that.

Safeguards are needed for the criminally accused in the RJ setting

Restorative justice approaches might sometimes require the accused to take responsibility for his or her allegedly criminal actions and to provide his or her viewpoint on the matter. Criminal suspects and defendants are entitled to the right to remain silent, and should not voice responsibility for their alleged actions nor discuss their alleged crimes without protections for that not to be used against them in court, nor for police to investigate other possible crimes by them with the use of such information. For that reason alone, it is critical that the accused have the right to the assistance and presence of his or her attorney at all stages of the proceedings.