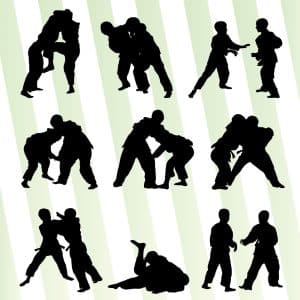 Virginia assault — also known as assault and battery (“A&B“) — is among the most damning misdemeanors that a person could be charged with. As a Fairfax assault lawyer and Virginia criminal attorney, I know that an A&B charge calls for a vigorous defense, not only because of the potential criminal court penalties, but also because of the potential adverse collateral consequences to one’s security clearance, military status, healthcare licensing, immigration, and other critical aspects of a Virginia criminal defendant’s life. Today’s blog entry is on assault defense and on dealing with complainants who want to dismiss the A&B charge.

Can a Virginia assault prosecution arise even if the caller to the police simply wanted to quiet the situation?

Very often, the person calling the police about an argument or other tense situation does so not with the intention nor expectation of a Virginia assault prosecution under Virginia Code § 18.2-57  and similar statutes, but instead hoping to diffuse the situation. The person calling the police under such circumstances ordinarily is the person who becomes the complaining witness for the prosecution, the person who gets arrested for A&B, or a purported witness. Making this and many other phone complaints to the police can be like setting a forest fire, taking all decisions about whether to prosecute or not out of the original caller’s or complainant’s hands.

Does an assault complainant have the power to dismiss the case?

A complainant cannot dismiss a Virginia assault case. The prosecution may ask the judge to dismiss the case. The defendant or criminal defense lawyer may be able to convince the judge to dismiss the case for one or more legal grounds. What can an A&B complainant do to enhance the prospects of dismissing the case? Ideally, the assault defendant and complainant will each hire their own qualified lawyer, and assure that the two lawyers can collaborate well together. It can be a conflict of interest for the assault defense lawyer to advise the assault complainant about his or her options to assert the Fifth Amendment, Moreover, the complainant’s lawyer will need to be ready to argue against testifying in response to a prosecutor’s providing immunity to the complainant.

A Virginia assault defendant might recoil about having two lawyers paid if the complainant does not even want a conviction. At the same time, if  a qualified assault lawyer advises his or her defendant client of the importance of the accused and accuser to have separate lawyers, a reason exists for saying so.

Can I be convicted for assault even if the complainant does not testify?

Even if a Virginia assault complainant does not testify — whether because of successfully asserting the Fifth Amendment or not appearing in court — that does not automatically assure an acquittal if the Defendant admitted culpability to the police or if purported eyewitnesses testify. In any event, the damage from an assault conviction can be so great that it is ideal to avoid all physical confrontations as much as possible, lest even real self defense not be interpreted as such by a presiding judge or jury. Additionally, Virginia courts are permitted to accept certain 911 calls by alleged victims into evidence if deemed an excited utterance that is not testimonial in violation of the Sixth Amendment. Caison v. Virginia,  52 Va.App. 423 (2008).

What are the benefits for my assault case to be in General District Court rather than JDR court?

When A Virginia assault complaining witness has a family relationship with the defendant that puts the case into the Juvenile and Domestic Relations District Court (“JDR”), that deprives the defendant of the possibility of pursuing a dismissal through Virginia’s satisfaction and discharge law under Virginia Code § 19.2-151 (also known as accord and satisfaction law), that ordinarily enables the civilian complainant in a General District Court (“GDC”) misdemeanor case to ask the judge to dismiss the case, completely bypassing the prosecution in making the dismissal request. Certainly, the judge has the discretion to grant or deny such a dismissal request, but at least that option is available in the GDC. Consequently, a Virginia criminal defense lawyer needs to be ready to move to dismiss a prosecution initiated in JDR court — or to move to change the venue to the GDC court — if having the case in GDC can be advantageous over remaining in JDR.

What is the tendency of Virginia police to make an arrest on the scene for alleged domestic assault?

“A law-enforcement officer having probable cause to believe that” domestic assault “has occurred shall arrest and take into custody the person he has probable cause to believe, based on the totality of the circumstances, was the predominant physical aggressor unless there are special circumstances which would dictate a course of action other than an arrest.” Virginia Code § 19.2-81.3. Hopefully that alone convinces people to think twice before calling police for alleged domestic assault.

Am I off the hook if I get a suspended imposition of sentence for Virginia assault versus a conviction?

Security clearance authorities, health care licensing authorities, and employers, for instance, may view a suspended imposition of sentence (“SIS”) under Virginia Code § 18.2-57.3 as not much better than a conviction. Consequently, when a prosecutor waves the prospects of an SIS before a Virginia criminal defense lawyer for an assault or other case, not only is that not necessarily a prize, but many Virginia JDR judges are inclined to offer an SIS for most first-time misdemeanor assault cases, thus reducing any incentive to plead guilty or no contest in an effort to obtain such an SIS. Beware SIS dispositions.