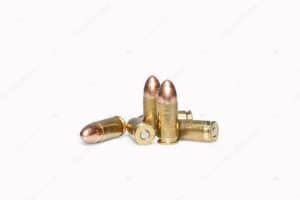 Self defense is a common defense in assault cases, in addition to claims that no assault happened in the first place, or that the defendant has been misidentified as the assailant. As a Fairfax criminal lawyer, I know how harsh can be the consequences of an assault conviction, not only in terms of jail and probation, but also in terms of collateral consequences for employment, security clearances, immigration and reputation.

A good referee lets athletes play their game within the bounds of the governing rules, and a good trial judge lets a criminal defense lawyer try his or her case within the bounds of the law. This week, the Virginia Court of Appeals, sitting en banc, underlined this maxim by affirming an October 2018 2-1 panel ruling reversing Thomas Robert Lienau’s involuntary manslaughter conviction due to the trial judge’s failure to allow the defendant’s request to read the jury the Virginia pattern jury instruction on self defense. Lienau v. Commonwealth of Virginia, ___ Va. App. ___ (Feb. 12, 2019).

Lawful self defense is not precluded by rage and anger

Thomas Lienau made a mistake in not early on evicting his boarder whose brother Lienau knew was a violent powder keg and who repeatedly violated defendant Lienau’s orders for the brother to stay away from his home. As the defendant admitted to the arresting police (violating my repeated admonitions about remaining silent with cops when a criminal suspect), Lienau was enraged when his boarder’s brother not only returned to his home after Lienau ordered him out, but broke into the defendant’s home so violently that he saw angry red and was too enraged to even have fired his gun straight, and in the process Lienau purportedly accidently fired his gun when meaning only to scare the intruder away by pointing his gun at him.

Self defense arguments do not always win

A criminal defendant is substantially challenged when needing to make a self defense argument. That usually requires the defendant to waive his or her right to remain silent and to testify, and thereby to be a fish out of water cross-examined by a skilled prosecutor, risking even the most honest defendant being tripped up in cross examination. As hard and even embarrassing or emasculating as it might feel to walk away from a violent confrontation and even to tolerate some non-debilitating blows in the process, not striking back in a confrontation often can spell the difference between being prosecuted or not, and being convicted or acquitted.