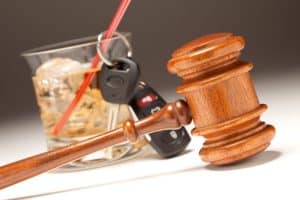 Virginia DUI case negotiations will be affected significantly by the July 1, 2020, law change concerning the scope of permitted driving for those convicted of drinking and driving. As a Fairfax criminal defense attorney, I know that a DUI conviction means one year of suspended driving for a first offense with the option to ask the judge for limited driving privileges. The July 1 law change gives a DWI defendant convicted for first-time drunk driving (under Va. Code § 18.2-266) with a blood alcohol content (BAC) under 0.15, (1) the new choice of driving anywhere at any time for any purpose with the ignition interlock device (IID) for a full  year or (2) the ongoing choice of driving restricted with the ability to seek court-permitted removal of the IID after six months of being installed. Va. Code  18.2-270.1(B) and (C).

Will a wet reckless Virginia DUI case negotiation be as attractive with the expanded post-DWI driving option?

Virginia DUI case negotiations are often affected by two key interests when the defendant knows s/he has a real risk of losing at trial: First, a wet reckless driving plea deal was more attractive than a Virginia DWI conviction in virtually every respect before liberalized driving became available in July 1 only for drunk driving cases. Second, before July 1, Virginia drinking and driving defendants were more willing to settle for a drunk driving plea in exchange for dismissing any related charge of unreasonably refusing to submit to a breath or blood alcohol test, but now Virginia law allows for restricted driving to commence thirty days after a first civil refusal conviction, which is a total sea change from the prior law that yanked one’s driving privileges for one year for such a conviction.

Is the scope of available driving broader after a first-time Virginia DUI conviction than after a wet reckless conviction?

Once a judge grants driving privileges in a Virginia DUI case for a defendant convicted of a first-time DWI with a BAC under 0.15, the defendant has the choice between requesting — under the new law — twelve months of unlimited driving with the ignition interlock device (of course with no alcohol on one’s breath when blowing into the IID), or opting for the sole provision under the old law to drive with severe restrictions (mainly for work, school, doctor visits, and probation) and to apply after six months for court permission to remove the ignition interlock unless the initial sentence provided for only six months of the IID. Here is the updated Virginia restricted driving application for choosing between the two options.

Before the July 1, 2020, law change, many Virginia DUI case defendants preferred pleading guilty or no contest to DWI in exchange for a dismissal of a related refusal charge, to avoid one year of no driving at all. Now, a civil refusal conviction permits the defendant thirty days after sentencing to apply for restricted driving privileges. This will translate into more DWI defendants proceeding to trial rather than pleading guilty or no contest.

What is the procedure for obtaining a restricted license in Fairfax and other Virginia courthouses?