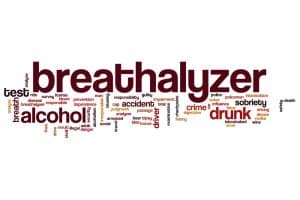 If a Virginia DUI defendant gets convicted of civil refusal only, a jury trial may well be the ideal approach for pursuing an acquittal on appeal. Nonetheless, a qualified lawyer’s advice is important for making any decision concerning whether and how best to proceed with the appellate option.

Refusal cannot be use as evidence of DUI guilt

The foregoing subsection C says: “vidence of a finding against the defendant under § 18.2-268.3 for his unreasonable refusal to permit a blood or breath sample to be taken to determine the alcohol or drug content of his blood shall be admissible into evidence, upon the motion of the Commonwealth or the defendant, for the sole purpose of explaining the absence at trial of a chemical test of such sample. When admitted pursuant to this subsection such evidence shall not be considered evidence of the accused’s guilt.” Va. Code § 18.2-268.10(C).

Virginia law applies criminal procedures to refusal trials, which includes the defendants’ remaining presumed innocent at all times unless the commonwealth proves guilt beyond a reasonable doubt. Granted, the Virginia Supreme Court has said “there must be some reasonable factual basis for the refusal, for example, endangerment of the health of the accused by the withdrawal of blood.” Also, the state supreme court has said “an unwillingness to take the test ‘without prior consultation with counsel’ does not constitute a reasonable refusal.” Nonetheless, I see nothing in the caselaw obligating the defendant to state the reason for the refusal. The prosecutor must prove beyond a reasonable doubt that the refusal was unreasonable.