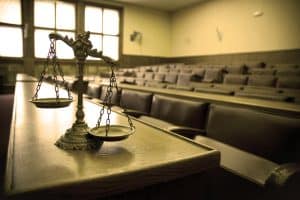 Fast guilty and no contest plea hearings in the Virginia General District Court  and Juvenile and Domestic Relations District Court are common in the Northern Virginia counties where appear. As a Fairfax criminal lawyer, I know that this approach with agreed pleas and sentencings between the defense and commonwealth / prosecutor helps move along the docket so that the court has more time available for the cases that are to be tried. While I am always ready for a trial if my client rejects the status of plea negotiations, a criminal defense lawyer is obligated to explore settlement on behalf of his or her client (even if the pursued settlement is a case dismissal) on the principal of reducing the harm of the case to the defendant as much as possible. Going to trial needs to be the dafault.

At the same time, under the United States Supreme Court’s Boykin v. Alabama decision, a fast or lengthier guilty or no contest plea is not sufficient if not entered knowingly and voluntarily. Knowing that some judges will only do a brief inquiry about the knowing and voluntary status of my client’s guilty or no contest plea, I make sure beforehand that my client is doing so.