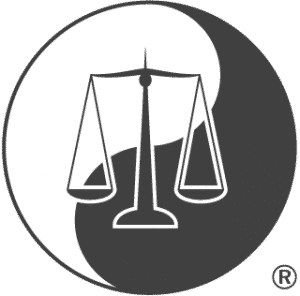 Guilty pleas in Virginia must only be the result of the defense’s fully preparing for trial. As a Fairfax criminal lawyer, I know that this trial readiness approach to pleading guilty, no contest/nolo contendere, Alford, or facts sufficient to prove guilt (collectively for this article, “guilty pleas”) comes from a position of strength and complete readiness to go to trial in the event plea negotiations fall through.

Judges handling guilty pleas at first blush look overqualified for the task of assuring that guilty pleas are being entered knowingly and voluntarily by the criminal defendant. As a Fairfax criminal lawyer, I know that the judge must make such assurance, to assure Constitutional adherence and to avoid a lengthy trial in the event the guilty plea is overturned.

Spencer sought post-conviction and pre-sentencing to withdraw his nolo contendere plea. The standard for such a withdrawal is as follows:

“Leave should ordinarily be given to withdraw a plea of guilty if it was entered by mistake or under a misconception of the nature of the charge; through a misunderstanding as to its effect . . . or even where it was entered inadvisedly, if any reasonable ground is offered for going to the jury. Justus v. Commonwealth, 274 Va. 143, 153, 645 S.E.2d 284, 288 (2007)”

However, Spencer finds that Spencer failed to meet that withdrawal burden, and points out that not holding a suppression hearing by itself is not grounds to withdraw a nolo contendere or guilty plea. Although Spencer does not detail what steps Spencer’s original lawyer took to explore and act on such suppression efforts, as a Fairfax criminal lawyer, I know that proceeding with an evidence suppression hearing sometimes terminates a plea offer from the prosecutor, necessitating particularly informed decision making at that stage.

Spencer reminds Virginia criminal defense lawyers and their clients to tread cautiously before proceeding with any guilty plea or nolo contendere plea.

Fairfax criminal lawyer Jonathan L. Katz is top-rated by key lawyer reviewers AVVO and Martindale-Hubbell. Jon will be delighted to discuss your criminal or DUI case with you in confidence. Please call Jon’s staff for an appointment with him, at 703-383-1100.