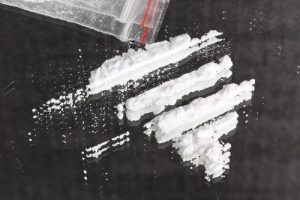 Virginia drug defense involves humorless statutes, sentencing schemes and sentencing guidelines. As a Fairfax criminal lawyer, I know that the sentencing risks for a drug conviction multiply when the conviction is not for mere personal drug use, and is instead for selling, distributing, manufacturing, or possessing with intent to distribute.

Why, then, does the flow of unlawful drugs continue in American marketplace? Because it is a profitable market, made all the more profitable by drug prohibition, which drives up the price because fewer people are willing to manufacture and sell the product than if it were legal. Manufacturers and dealers of illegal drugs are willing to risk prosecution and conviction when weighed alongside the large monetary payoffs they can expect if they avoid prosecution and conviction.

This week, Virginia drug defendants got a bad opinion from Virginia’s Supreme Court, both giving jails virtually free reign to strip search just about every arrestee passing through their doors, and confirming a low threshold for affirming a conviction for possession with intent to distribute drugs. Cole v. Virginia, ___ Va. ___ (Nov. 16, 2017).

Here, Abdul Cole was arrested on an open arrest warrant, when he was found in possession of marijuana. An order at the jail to strip his clothes yielded in plan view a bag sticking out of his rectum. Inside the bag was at least five grams of cocaine in several smaller bags.

Drug suspects get nowhere by shoving a bag of drugs in their mouth, in front of police

As dark comedy, Cole futilely tried avoiding the cocaine from being seized by putting the far from sanitary bag discovered in his rectum right into his mouth.

Cole greenlights the strip search that yielded the cocaine found in his rectum, and confirms that the evidence was sufficient to convict for intent to distribute cocaine. Cole.