Appeal Rights After Guilty Plea Depend on the Court Level 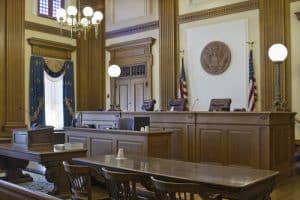 Appeal rights after a guilty plea depend on which court took the plea. As a Fairfax criminal lawyer, I here address those differing appeal rights depending on whether the guilty plea was entered in a Virginia Circuit Court, a Virginia District Court, or a federal court.

In Virginia, only with the consent of the prosecution and approval of the court, a criminal defendant in Circuit Court may enter a conditional guilty plea, reserving the defendant’s right to seek appeal “of the adverse determination of any specified pretrial motion.” Va. Code § 19.2-254; Cross v. Virginia, 49 Va.App. 484, 491-92 (2007).

As a Fairfax criminal lawyer, I underline that any misdemeanor or infraction conviction in a Virginia General District Court or such an adult conviction in Juvenile & Domestic Relations District Court entitles the defendant to an appeal to and de novo trial in Circuit Court even if the conviction resulted from a District Court plea of guilty, no contest or Alford, unless any plea agreement involves a waiver of that appellate right. Va. Code §§ 16.1-132 and 16.1-136.

Consequently, as a Fairfax criminal lawyer, I urge criminal defendants to fully understand their appeal waiver rights before entering a plea of guilty, no contest, or Alford

Fairfax criminal lawyer Jonathan L. Katz has successfully defended thousands of criminal defendants since 1991 and has handled many criminal appeals. To discuss your case with Jon, please call his staff at 703-383-1100 to schedule a confidential consultation.