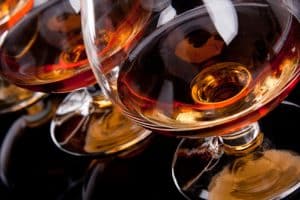 Beware DUI guilty plea (and no contest/ nolo contendere/ Alford plea)  consequences. As a Fairfax DUI lawyer, I know that through very effective lobbying, by now Mothers Against Drunk Driving (MADD) and their allies have accomplished making a farce of the laws governing driving under the influence of alcohol/ driving while intoxicated (DUI and DWI), by making it a crime throughout the nation to drive with a blood alcohol/breath alcohol content of 0.08 or higher. Instead, the DUI laws should consider breath and blood alcohol content (BAC) as only one item in a basket of factors in determining whether a person has been proven guilty of beyond a reasonable doubt of DUI, because BAC affects different people in different ways.

Beware DUI guilty plea and conviction consequences, as they are long-lasting and can be haunting, warns Fairfax DUI lawyer

Many people charge with their first DUI charge figure that if they do not face a mandatory minimum sentence for an elevated BAC, they will not fight the case too hard, or may simply throw in the towel. That is a big mistake.

Any DUI or other criminal defendant will face off against a much more experienced prosecutor and police officer. Not obtaining a highly qualified DUI defense lawyer is a big mistake. Even if a DUI defendant’s case at first blush looks like a clear loser, a qualified DUI defense lawyer will look at and investigate the case from all essential angles to obtain as much victory as possible, starting with things as simple as determining whether the prosecutor has at the trial date the essential witnesses for proving the case. The default for a qualified DUI lawyer will be to go to trial so that case negotiations are approached from a position of strength, and because cases are only won by going to trial.

Any criminal conviction can carry foreseen and unforeseen adverse consequences. DUI charges being a common denominator across socioeconomic lines more than any other jailable offense (other than reckless driving based on speed), this is the area where a large percentage of the population learn how seriously a criminal conviction can bite them in the behind. For DUI cases, those actual and potentially adverse consequences include the numerous risks addressed in the next and final part of this article.

See the second and final part of this article DUI Lawyer On Fighting Against Adverse DUI Conviction Risks.

Fairfax DUI lawyer Jonathan L. Katz has successfully defended hundreds of DUI defendants since 1991. To discuss your case with Jon in confidence, please call his staff at 703-383-1100 to schedule an appointment.