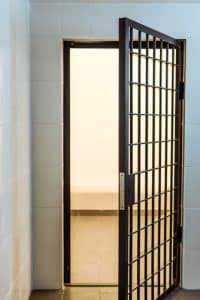 Actual innocence reversals are not common in Virginia, but that does not mean that a criminal defendant should not consider that avenue. Today’s blogpost is the second of a two-part article on this issue. The first part is here.

Fairfax criminal lawyer acknowledges that the Virginia Supreme Court is far from a liberal place for criminal defendants, but still sometimes rules favorably for the defense

In response to Roy L. Watford, III’s 2016 petition for writ of actual, all Commonwealth Supreme Court justices unanimously reversed his conviction, after the victim testified that she did not recall seeing Watford on the day she was gang raped (the hospital records’ notation of Watford’s name, therefore, was inconclusive). Watford v. Virginia, ___ Va. ___ (March 1, 2018).  On top of that, the Virginia Supreme Court remarked that Watford’s DNA not matching the DNA in the fluid recovered from the victim already meant that Watford was no longer one of the three perpetrators, and gave little credence to Watford’s guilty plea when his outrageously low sentence indicated a weak case against him.

Watford does not address the extent to which Watford did or did not plead guilty against the advice of his criminal defense lawyer. Watford’s lawyer does not figure at all in the Virginia Supreme Court’s reversal of his conviction. Clearly, criminal lawyers have such an advice obligation, and also clearly, the decision to plead guilty or not rests solely with the defendant, even if that decision does not meet the advice of the defendant’s lawyer and makes the lawyer squirm.

As a Fairfax criminal lawyer, I urge that any guilty plea needs to be preceded by fully exploring the trial option and the prospects for victory at trial. Moreover, if the sentencing damage from a conviction at trial is not likely to be any worse than from pleading guilty, then going to trial is all the more an important option, because sometimes a criminal defendant does not know until trial proceeds whether or not s/he will be acquitted. Moreover, sometimes (but certainly not always), settlement negotiations improve as trial gets closer and even in the midst of trial.

Fairfax criminal lawyer Jonathan L. Katz proceeds with full trial readiness in fighting felony and misdemeanor prosecutions. To discuss your case with Jon, please call his staff at 703-383-1100 to schedule a confidential consultation.