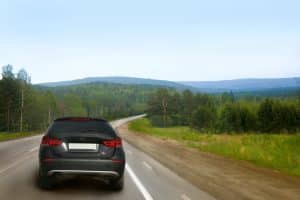 Reckless driving is not proven in Virginia by the mere happening of a collision, says Fairfax criminal defense lawyer

Reckless driving is a Virginia Class 1 misdemeanor in Virginia, carrying up to one year in jail, a fine up to $2500, and up to six months suspended driving. As a Virginia criminal lawyer, I know that Virginia’s reckless law is not proven merely by the happening of a collision — as discussed below — and that the commonwealth’s reckless law applies to certain driving behavior involving collisions (Va. Code § 46.2-852), exceeding established reckless speeding thresholds (Va. Code § 46.2-862), and for various other behavior.

Does mere civil negligence with a collision rise to the level of Virginia criminal reckless driving? No.

Virginia’s reckless law concerning collisions provides: “Irrespective of the maximum speeds permitted by law, any person who drives a vehicle on any highway recklessly or at a speed or in a manner so as to endanger the life, limb, or property of any person shall be guilty of reckless driving.” Va. Code § 46.2-852.

Mere civil negligence — which an injury victim must prove in a civil lawsuit by preponderance of the evidence rather than the more stringent beyond a reasonable doubt standard in Virginia criminal cases — is not sufficient by itself to prove the crime of reckless . Instead: “A criminal statute, such as Code § 46.2-852, requires proof of a greater degree of negligence than is required in a civil action. “The negligence required . . . must be more than the lack of ordinary care and precaution. It must be something more than mere inadvertence or misadventure. It is a recklessness or indifference incompatible with a proper regard for human life.'”… “Thus, conviction for reckless driving requires a mens rea of a knowing disregard of a danger to others and proceeding with indifference to that danger.”  Cady v. Commonwealth of Virginia, ___ Va. App. ___ (Aug. 11, 2020).

Mark Spence Cady rearended a helmeted motorcycle, causing him to die at the scene after his head struck the windshield of another nearby car. The jury convicted Cady of reckless driving and the Circuit Court judge sentenced him to three months of active incarceration together with the maximum fine of $2,500.00. Whether the judge may have wanted to impose a more severe jail length is unknown from the Cady appellate opinion; a Virginia jury’s recommended sentence caps the sentence that a judge may impose.

The Virginia Court of Appeals reversed Cady’s conviction, which was assisted through excellent cross examination, preparation and execution by his lawyer. Defending against a Virginia reckless  charge involving a collision starts with the appellate caselaw’s repeated confirmation that: “‘The mere happening of an accident does not give rise to an inference of reckless driving.’ Powers v. Virginia, 211 Va. [386,] 388.” Cady.

“’Factors tending to show recklessness include erratic driving, “the likelihood of injury to other users of the
highways,” lack of control of the vehicle, driving in excess of the speed limit, “dangerous driving
behavior,” intoxication, and noncompliance with traffic markers.’ Blevins v. Commonwealth, 63
Va. App. 628, 635 (2014).” Cady.

The state court of appeals reversed Cady’s Virginia reckless driving conviction when taking into account the following factors that showed that not more than a mere collision had been proven by the prosecutor: “There is no evidence that appellant was driving erratically.” Cady was driving at a constant speed, a mere two miles over the posted speed limit, and he was not swerving. Moreover, no evidence was presented of mechanical problems with Cady’s vehicle. Cady made no statements “tending to show inattentiveness, intoxication, or fatigue.” The evidence supported that Cady had not been eating nor using his phone before the collision. The evidence also supported that the motorcyclist hit by Cady was dressed in dark clothing. Cady.