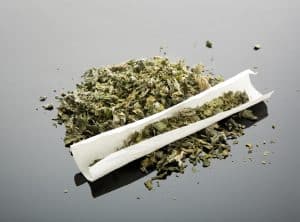 Mary Jane use is not fully greenlighted merely because it is now a civil offense in Virginia, says Fairfax criminal defense lawyer

Mary Jane / marijuana / reefer post – July 1, 2020 use and possession is now a Virginia civil offense carrying a $25 fine under Va. Code § 18.2-250.1. However, as a Fairfax criminal lawyer, I know that marijuana use can continue to be a security clearance and immigration issue, and its legality or not does not reduce a marijuana smoker’s exposure to a prosecution or conviction for driving under the influence of drugs under Virginia Code § 18.2-266. On top of that, being found liable in court for civil Mary Jane possession can risk one’s career prospects. Consequently, even a Virginia marijuana civil possession charge may merit engaging the services of a qualified criminal defense lawyer, to include fully attacking the assertion that the substance is marijuana in the first place.

Recently I spoke with a security clearance lawyer to whom I refer many clients to address their clearance exposure in the event of a criminal conviction. With Mary Jane use remaining a federal crime, I asked if I am correct that being found court-liable in Virginia for a civil marijuana possession offense can create security clearance risks. He agreed. He mentioned to me that even taking a CBD gummi bear (even though CBD ordinarily contains but a slight THC content) can create security clearance risks that might call for an explanation by the applicant. If that gummi bear is a Mary Jane or THC edible, the matter becomes more serious, leaving the possessor possibly in better security clearance shape if s/he was given the candy by a friend to whom s/he told about physical pain, and mistakenly thought that the candy was legal.

The federal SF86 form for security clearance applications and renewals asks several times about past and future Mary Jane use, starting at application page 102. Furthermore, in 2015, a Defense Department administrative judge denied a security clearance for an applicant who reported many instances of past marijuana use, with medical marijuana being the most recent use.

The Department of Defense Consolidated Adjudications Facility in 2019 confirmed the possibility that even investing in the stock of companies engaged in state-lawful Mary Jane business might risk security clearances.

Immigration lawyers warn that even using Mary Jane where it is legal to do so can still cause adverse immigration consequences for those who are not United States citizens. For instance, a drug abuser or addict (including with marijuana) can be deemed inadmissible to the United States. 8 U.S. Code § 1182(a)(1)(A)(4). The Immigration Legal Resource Center points out that a prior marijuana possession conviction is not reversed for immigration purposes merely because the Mary Jane matter would no longer be a criminal offense under state law.