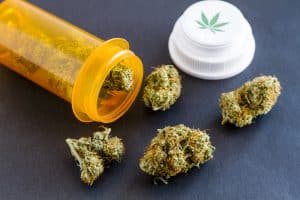 Toking pot is popular with millions of people. As a Fairfax criminal defense lawyer, I know that Virginia’s governor has approved legislation decriminalizing marijuana, with a few minor recommended amendments.  Virginia SB 2.  July 1, 2020 is the default date for new Virginia legislation to take effect. This marijuana decriminalization law makes personal possession of marijuana a civil offense only carrying a fine up to $25 with no court costs. SB 2; amended Va. Code § 18.2-250.1(A) and (B).Perhaps such a small fine and no court costs will be a disincentive for prosecutors to get involved with such cases against adults.

I deeply thank the thousands of toking legalization activists — most with no names and plenty with Jack Herer optimism — who have persevered over the decades of thrills of victory and agony of defeat to get medical marijuana dispensed, and legalize and decriminalize marijuana for recreational purposes, on top of making it a legitimate capitalist product in the states that allow commercial cannabis. Pot needs to be legalized rather than decriminalized, and remaining now-illegal drugs need to be decriminalized, to shrink the overgrown and overly-oppressive American criminal justice system.

Is marijuana toking decriminalization the same as legalization?

Highlights of Virginia toking decriminalization (it is not legalization) include: Prosecutors have discretion whether or not to prosecute alleged civil marijuana offenses. Amended Va. Code § 15.2-1627(B). Some prosecutors may decide to pursue such prosecutions at least if being pursued along with alleged crimes arising from the same incident date, for instance alleged driving under the influence of marijuana. It is left to be seen whether the still-new chief prosecutors in Fairfax County and Arlington County will continue to direct their line prosecutors to ask judges to enter simple marijuana possession charges nolle prosequi, now that simple pot possession will only be a civil offense.

Will juveniles in particular still want a lawyer for pot possession / toking cases?

Will criminal procedure apply to prosecutions for marijuana possession as an alleged Virginia civil offense?

Thankfully, criminal procedure will still apply to simple marijuana possession prosecutions even when charged as a civil offense, which means that the burden of proof will remain on the commonwealth to prove liability beyond a reasonable doubt, and an appeal of a finding of liability for toking or possessing marijuana will allow a jury trial. Amended Va. Code § 18.2-250.1(C).

Will the 251 program apply to adult marijuana possession as a civil offense?

Will civil marijuana possession offenses  be considered for sentencing for criminal cases?

SB2 limits the dissemination of information on civil marijuana possession / toking cases after they are adjudicated, but does permit judges to consider such cases for sentencing the same defendant for a separate Virginia criminal case.

Toking from the same stash will still be a Virginia felony. Hash oil will no longer be a felony; weight thresholds will rise.

Marijuana culture values communal toking from a shared smoking device. Not only should Covid-19 make it more common for each person to smoke their own cannabis stash, but passing cannabis to others remains a Virginia felony of possession with intent to distribute marijuana. Va. Code § 18.2-248.1. The marijuana possession / toking bill, eliminates hash oil and CBD as a separate offense from no-hash oil cannabis, so makes both eligible for merely civil prosecution for simple possession. The bill also changes the minimum felony threshold for marijuana distribution or possession with intent to distribute, from one-half ounce to a full ounce. Speaking of ounces, under the bill, there “shall be a rebuttable presumption that a person who possesses no more than one ounce of marijuana possesses it for personal use.”

The Virginia marijuana decriminalization bill is not retroactive for alleged possession and toking preceding the bill’s effective date. Nonetheless, it is ideal if the trial date for pre-July 1 marijuana possession cases and distribution / possession with intent to distribute over a 1/2 ounce up to one ounce of pot, to be scheduled for trial on or after July 1. Moreover, marijuana decriminalization can be used by Virginia criminal defense lawyers to argue to prosecutors the unfairness and disparate outcome from treating pre-July 1, 2020, marijuana charges more harshly than such alleged offenses taking place on and after July 1, 2020.

The benefit of hiring a lawyer even when charged for marijuana only as a civil offense, and in federal court

With criminal procedure still applying to civil marijuana possession / toking trials, see above, the common defenses will remain against claims that the substance is even pot. A qualified lawyer is well suited to present that argument. Finally, this bill does not change marijuana possession from being a crime when transporting it between state lines and when possessing it on federal property, which type of property is very common in Virginia.

Fairfax criminal lawyer Jonathan L. Katz is top-rated by key attorney reviewers AVVO and Martindale-Hubbell, and pursues your best defense against felony, misdemeanor, DUI, sex and drug prosecutions in the Northern Virginia courts and beyond. Call 703-383-1100 to schedule a free confidential consultation with Jon Katz about your court-pending criminal or DWI case.