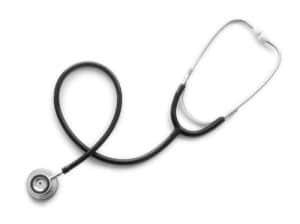 Virginia marijuana law is woefully behind neighboring District of Columbia and Maryland, which both do not criminalize possession of personal amounts of marijuana (but D.C. still criminalizes smoking marijuana in public). As a Fairfax criminal lawyer, I know that Virginia police overemphasize ferreting out marijuana not only for prosecuting under Virginia marijuana laws, but also as an excuse to use discovery of marijuana or its odor to then search for possibly even more serious contraband.

The states are many that permit marijuana use for various ailments while Virginia lags far behind. Nonetheless, I cheer the positive movement forward with the February 2, 2018 unanimous Virginia House of Delegates passage House Bill 1251 and the February 5, 2018, unanimous Virginia Senate passage of duplicate Senate Bill 726 to expand to all health ailments (rather than only epilepsy) the “affirmative defense that the individual possessed [CBD or THC-A] oil pursuant to a valid written certification issued by a practitioner in the course of his professional practice…” This legislation is bound to become law this year, seeing that Virginia Governor Ralph Northam, a physician, has stated his support of Let Doctors Decide medical marijuana laws.

To be sure, as a Fairfax criminal lawyer I see this legislation is no huge step, because it is limited to CBD and THC-A oil rather than to all forms of marijuana, and also because the legislation creates an affirmative defense against a Virginia marijuana possession prosecution rather than a bar to a prosecution. Nonetheless, this legislation is remarkable for having passed the state senate unanimously, and is an important incremental step forward towards bringing Virginia in the future fully into the medical marijuana fold, followed by future movement to decriminalize pot in Virginia.

Fairfax criminal lawyer Jonathan L. Katz has since 1991 successfully defended hundreds of marijuana and other drug defendants, as well as over 3,000 people charged with felonies and misdemeanors. To schedule a confidential consultation with Jon, please contact his staff at 703-383-1100.