Pot odor- Distinguish between the smell of burnt and raw marijuana 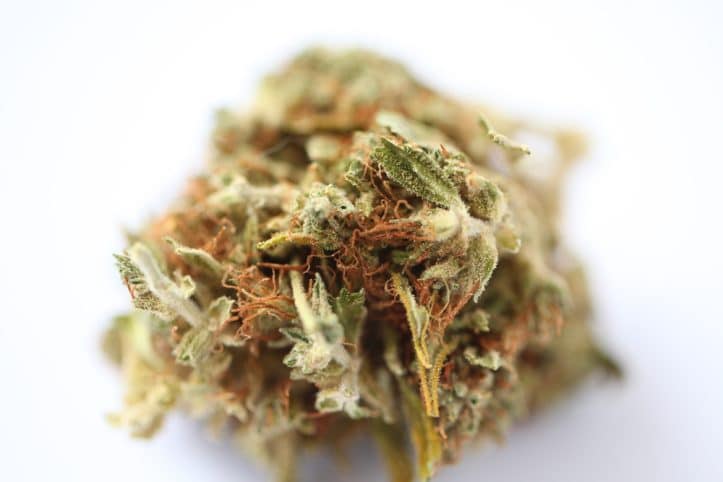 Pot odor is often used by police to justify searches for more serious activity, where this is allowed by cops in the midst of constant marijuana decriminalization. (UPDATE: As a Fairfax criminal lawyer, I know that marijuana odor by itself will no longer be allowed to justify a search in Virginia under legislation passed in Fall 2020.) I ask how many judges have experience smoking marijuana, smelling others who have smoked marijuana, and smelling raw marijuana? At least one judge has such experience. Soon after the Senate bounced Robert Bork, Ronald Reagan nominated a then-forty-one-year-old Douglas Ginsburg to the Supreme Court. His nomination went up in smoke within days after his admission that he had smoked marijuana while a law school professor. He has remained all this time on the D.C. Circuit. Certainly, marijuana smoking should not disqualify one from the bench; nor should marijuana be illegal in the first place.

Whether or not it is a virtue for a judge to have had no direct experience with pot odor outside the courtroom, certainly judges should not be relying on other members of the bench to create judicial notice that marijuana smell provides sufficient probable cause for a search. Worse, judges should not permit unscientific and self-serving trial-level testimony of cops to create such a notion.

For one thing, when smoked, marijuana reeks, but, when unburnt, it can be very difficult to detect, despite the often flippant and probably downright untruthful claims of police to the contrary, and particularly when the raw marijuana quantities are small and not right under nor right inside the cop’s nose. For another thing, there are different varieties of marijuana, which can affect the stink of burnt and raw marijuana. Most importantly, for judges to take such judicial notice removes defendants and their own lay and expert witnesses from the fact finding equation. Conducting reliable scientific studies of people’s ability to smell burnt and unburnt marijuana over the variables of distance, quantity and passage of time is expensive, which probably helps explain why I only know of one study thus far that debunks the notion that unburnt marijuana is easy enough to smell to provide probable cause to search. The study was conducted by Richard Doty, Ph.D., of the University of Pennsylvania, whom I have called before to the witness stand as a raw marijuana smell expert, including for a trial where the jury acquitted my client of a charge of possession with intent to distribute eight pounds of cannabis.

In any event, it appears that too many appellate cases finding pot odor as sufficient to justify searches do not sufficiently distinguish as to whether the marijuana is burnt or raw, of a high quantity or not, close or far from the smeller’s nose, or interfered by wind, other odors, or even stuffed or dull noses. Consider the following appellate cases in that regard:

“On the basis of this evidence, we cannot say that the State sustained its burden of proof justifying the warrantless search of Holley.s vehicle. The evidence of Officer Boles’s qualifications to identify the presence of raw marijuana by odor alone was not without conflict and is insufficient to overturn the negative judgment of the trial court. While the testimony of a police officer shown to be qualified by training or experience to detect the odor of raw marijuana may be sufficient in a particular case to demonstrate the existence of probable cause as a matter of law, the State failed to make such a showing here.” In. v. Holley.

Aside from the deep flaw of such judicial notice as that proclaimed in Bunch v. Virginia, many of the raw pot odor cases referenced by cases cited by the foregoing U.S. v. Humphries — as discussed below — deal with large marijuana quantities, sometimes in the hundreds of pounds, and often reference specialized experience by the detecting cops, who often are Border Patrol police. A court must review the totality of the circumstances and assess the credibility and reliability of witnesses before permitting a search based on probable cause, In. v. Holley, and such an approach is shortchanged and distorted to permit such searches on the mere claim of a cop that s/he smelled marijuana, particularly in the absence of a basis for the cop’s training and experience in distinguishing between the smell of raw marijuana, oregano, or a wide variety of other substances.

Morin omits acknowledging that the Merryman pot odor case it relies upon involved 242 lbs. of marijuana. Merryman, 630 F.2d at 783. The foregoing Bowman case relied upon by Morin involved twenty-five bricks of marijuana smelled by a Border Patrol Agent who “had smelled marijuana while on duty and … was familiar with its odor. The court below made the specific finding that Agent Goad did, in fact, detect the odor of marijuana.” Bowman, 487 F.2d at 1230. As supported by Bowman, no probable cause to search can exist without the trial judge finding that the smelling officer was sufficiently trained and familiar with the distinction between the odor of raw marijuana and the odor of other substances. Id. Consequently, no judicial notice should be taken that a police officer may search a suspect on the mere claim of smelling marijuana.

Judges hopefully will neither promote nor accepting the flawed notion that a police officer’s mere claim of smelling pot odor translates into probable cause to search. A case-by-case inquiry is necessary, to consider the totality of the circumstances that led to the search. Marijuana smell should not create any exception to that rule.

Posted in Drugs and tagged marijuana odor, probable cause, Virginia Drug Defense
← Trial skills must be developed in tandem with maintaining a strong body and calm mindRefusal of a search is inadmissible at trial →