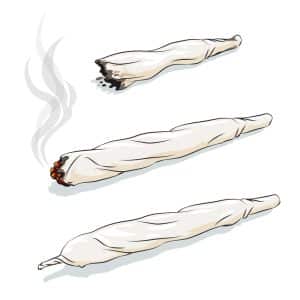 Marijuana odor detection is a favorite of law enforcement to justify detaining and arresting people; searching them, their vehicles and their other property; and obtaining search warrants to seek further evidence of criminal activity. As a Fairfax criminal lawyer and Virginia drug defense attorney, I am overjoyed that the recent Virginia special legislative session resulted on November 9, 2020, in a governor-signed bill that bars non-airport / non-commercial motor vehicle detention, searches and seizures based on marijuana odor alone. The enacted legislation (“Legislation”) is in the identical bills of HB 5058 and SB 5029.

What does the new Virginia marijuana odor search and seizure law say?

The new Virginia statutory protection against marijuana odor search and seizure adds the following statutory provision to the marijuana possession law at Virginia Code  § 18.2-250.1: “F. No law-enforcement officer, as defined in § 9.1-101, may lawfully stop, search, or seize any person, place, or thing solely on the basis of the odor of marijuana and no evidence discovered or obtained pursuant to a violation of this subsection, including evidence discovered or obtained with the person’s consent, shall be admissible in any trial, hearing, or other proceeding.”

This marijuana odor search and seizure limitation law does not apply where the stop, search or seizure of the person is not  “solely on the basis of the odor of marijuana”, id., nor in airports nor in commercial motor vehicles, as follows: “G. The provisions of subsection F shall not apply in any airport as defined in § 5.1-1 or if the violation occurs in a commercial motor vehicle as defined in § 46.2-341.4.”

Does the Virginia pot odor search and seizure law apply retroactively or only prospectively?

I view this Virginia marijuana odor search and seizure law as applying retroactively, and not only prospectively. Because the statutory change is purely a creature of legislation and not a pronouncement of Constitutional law nor the Fourth Amendment, only the legislative history and text of the Legislation can show whether or not this new law applies to incident dates from before the date the law took effect.

In that regard, the legislative history seems to show that the relevant legislative language in the Virginia marijuana odor law remained materially unchanged from the time of introduction to present other than to remove airports and commercial motor vehicles from the bill’s application. Therefore, we look at the text of the enacted Legislation to determine whether it applies retroactively or prospectively.

The Virginia marijuaan odor Legislation provides: “No law-enforcement officer, as defined in § 9.1-101, may lawfully stop, search, or seize any person, place, or thing solely on the basis of the odor of marijuana and no evidence discovered or obtained pursuant to a violationL of this subsection, including evidence discovered or obtained with the person’s consent, shall be admissible in any trial, hearing, or other proceeding.”

Nothing in the bill addresses retroactive nor prospective effect. When read as a whole, the legislative language reads to be applying retroactively. (This is not legal advice; consult with your Virginia criminal attorney on this matter.) The legislative intent would not seem, for instance, to permit a twilight zone of not prohibiting such marijuana odor evidence in court even if obtained between the time the legislation was enacted (November 9, 2020) and the time the Legislation takes effect (apparently March 1, 2021, as detailed below), all the while with law enforecement having the Legislation available (and its draft versions available before its final enactment) for law enforcement to know about. Moreover, from a public policy perspective, prosecutors — even those opposed to the Legislation — will sound unjust by doing anything other than giving the Legislation retroactive effect in pending prosecutions.

When does the Virginia marijuana odor legislation take effect?