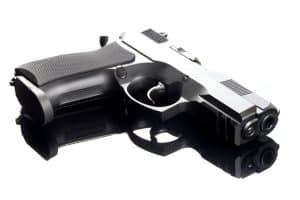 Challenge police searches if the search leads to your being prosecuted. As a Virginia criminal lawyer, I know that the Exclusionary Rule of the Constitution’s Fourth Amendment will sometimes yield the suppression of the evidence seized by police. Aaron Emile McArthur is a recent beneficiary of such a pursuit, having this week obtained a reversal of his felonious handgun possession conviction after the Virginia Court of Appeals concluded that the car frisk / search leading to the discovery of a firearm was unconstitutional. Com. v. McArthur, ___ Va. App. ___ (July 28, 2020).

Has the Fourth Amendment been watered down by the courts over the decades? Yes, too much.

The Fourth Amendment has been watered down by appellate court opinion after appellate court opinion responding to criminal defense challenge, particularly over a half century ago when the U.S. Supreme Court in Terry v. Ohio, 392 U.S. 1 (1967), okayed stops and frisks for no more than reasonable articulable suspicion by police of criminal activity afoot. Terry feeds into police having nearly unbridled discretion in whom to stop — therefore increasing racial and ethnic profiling by law enforcement — and makes this nation more of a police state than if Terry did not exist.

Does the Fourth Amendment still have challenge teeth in Virginia? Yes

McArthur shows us that the Fourth Amendment still has teeth in Virginia, even if not always as sharp as needed nor with a full set of incisors. Criminal defendants need always to challenge police searches that find adverse evidence. Police stopped McCarthur for having a defective fog light. This was in the City of Richmond, where police can be expected to have more important things to do than to bother about vehicle fog lights, unless of course they are on a fishing trip or racial profiling expedition (the Virginia online docketing system shows McArthur to be African American).

McArthur either never read my or other criminal defense lawyers’ years long online warning about the dangers of answering police questions of suspects and potential suspects, or else decided to disregard those essential warnings. After confirming McArthur’s identity, Officer Blaylock asked him if the vehicle had any weapons. That question has been asked of me as well once or more times during some of my infrequent police traffic stops, including the bizarre inclusion in the inquiry of whether I have any nuclear devices either. Answering such questions can weaken criminal defendants’ court challenge of police searches.

That was the time for McArthur to follow my simple recipe of asserting one’s Fifth Amendment right to silence by responding with words along the lines of “I am not answering any questions,” “I am not talking,” or “I want a lawyer before answering any question.” Instead, the police were already loosening McArthur’s tongue by getting him to say that this was his girlfriend’s vehicle and “as far as he knew” the vehicle contained no weapons. It may feel like a challenge to assert one’s right to remain silent with police, but we protect ourselves and celebrate the Bill of Rights by asserting this right, no matter how innocent you may think you are.

Why do so many people with contraband make themselves sitting ducks for police?

Cutting to the chase here, police ultimately found a handgun in the vehicle, which McArthur as a convicted felon was barred from possessing under Virginia felony criminal law, pursuant to Va. Code § 18.2-308.2. Strike one against McArthur for being found with such handgun contraband while having a defective foglight. Of course the claim of a defective foglight is a conclusion that can be ripe for criminal defense challenge. Police love stopping cars for equipment violations so that they may pursue fishing trips for criminal and DUI law violations. Next, it seems that McArthur had no driving license with him, because rather than handing police a license, he provided Officer Griffith an identification card rather than a license. If that meant that McArthur had no valid driving license somewhere, that would have permitted the police to bar him from driving until obtaining a license. If the vehicle stop led to McArthur’s car stopping where a vehicle is not legally permitted to stop, that would have provided the police grounds to have his vehicle towed and to first inventory search the vehicle, enabling law enforcement to find any contraband therein. Cars are like carnivals for police feeding frenzies to find contraband. Observing vehicle and traffic laws and maintaining a current driver’s license gives police fewer lawful reasons to stop one’s car.

Crips and Bloods for me summon concepts of fictionalized street gangs, perhaps because they originated in the late 1960’s, when I was transitioning to kindergarten. Nonetheless, both groups apparently remain active to whatever extent. In that regard, Officer Griffith obtained an alert through the Virginia Department of Corrections that McArthur was a Crips member while previously imprisoned. Sadly, prisons can be such violently scary places that some inmates might feel a challenge and compulsion to join gangs there, only then making them candidates for being pressured or ordered to threaten or inflict violence on other prisoners.

Must a vehicle driver ask the owner if s/he okays a police search? No

Meanwhile, totally unaware about any Crips information before searching McArthur’s car, Officer Blaylock asked McArthur for consent to search his car due to his “sketchy” demeanor. McArthur and all of us have a right to decline this and all police searches, and McArthur even provided a reason (thus doing the opposite of my urging silence with police) which was saying he refused a search because he did not own the vehicle. He even went as far as to call his car owner girlfriend if she would consent to a search, which was entirely unnecessary and inadvisable for him to do. At least McArthur’s refusing a search kept teeth in his lawyer’s ability to challenge the car search and to preserve and win that issue for appeal. Importantly for Fourth Amendment analysis, “McArthur made no furtive movements” while in the car and “was polite and cooperative” with police.

Did Officer Blaylock have reasonable suspicion to conduct a frisk / protective sweep of McArthur’s car? No

Not satisfied with McArthur’s refusal for police to search his car, Officer Blaylock pursued the same goal through a nonexistent backdoor, by ordering McArthur out of the vehicle in order to conduct a “protective sweep.” McArthur immediately complied with that order. But then McArthur faltered by nervously telling his girlfriend over the phone for police to hear — and while beginning to “sweat profusely” — that “they are locking me up.” Let us all apply proverbial Krazy Glue between our lips when with police, to assist any challenge we need to make to their case against us.

A person can be frisked but how can a car be frisked?

What did Officer Blaylock find during this “protective sweep”, still without any knowledge about Officer Griffith’s learning about a Crips gang affiliation? A 9 mm handgun underneath the driver’s seat, hidden from view. Police then arrested McArthur and charged him with being a convicted felon in possession of a firearm. McArthur’s challenge on appeal rises and falls on whether the police search was unlawful.

Is the standard to challenge this search (1) probable cause or (2) reasonable suspicion. McArthur says the standard is reasonable suspicion, because of the purportedly limited physical scope of the search (a so-called protective sweep), which also is referred to as a car frisk, as too widely approved by Michigan v. Long, 463 U.S. 1032 (1983). To me, a car frisk does not sound much different than a full-blown car search (which I believe should require probable cause to justify the search), even if limited in terms of space and time, in that a frisk of a person involves patting them down rather than squeezing or manipulating any items that are on the suspect, whereas there is no such thing as a pat down of a motor vehicle.

Are judges generalists with too many of them ruling wrong on criminal procedure? Yes

Thank goodness the Virginia Court of Appeals granted McArthur’s challenge to the search, finding that Officer Blaylock had no reasonable articulable suspicion to believe that a contraband weapon was in McArthur’s vehicle, but the trial judge concluded the opposite, which brings us to the truism that criminal defense lawyers need to be armed with copies of essential criminal procedure caselaw to hand judges (with a copy for the prosecutor) at evidentiary suppression hearings and during trial, because we criminal lawyers know that Constitutional criminal procedure is too detailed and complex to learn, absorb and synthesize this overnight, while plenty of judges have little to no criminal law practicing experience, let alone experience defending rather than prosecuting the accused.

May a suspect’s refusal of a search be considered against him in considering his challenge to the legality of a police search? No

McArthur’s trial judge denied his challenge / motion to suppress the search of his car, stating that “‘[t]he factors that the Court relied on are the evasiveness of the defendant at the scene, the gang affiliation information from [the databases], the high crime area, the lack of cooperativeness, and all the other conduct the officer testified to and was reflected on the body cam.’” McArthur.

Praised be the Virginia Court of Appeals for not buying the trial judge’s reliance on gang affiliation (which searching officer Blaylock had no idea of before finding a handgun) and alleged evasiveness in denying McArthur’s challenge of the car search: “During the suppression hearing, Blaylock also attempted to justify the search of the vehicle based upon his belief that McArthur was being evasive when he declined to consent to search the vehicle. The exercise of one’s Fourth Amendment right to decline a warrantless search can never rise to the level of reasonable articulable suspicion that a person is armed and dangerous. If the Court permitted declining consent to search as justification for a warrantless search, then the exception to the rule would subsume the rule and McArthur would be denied the ability to exercise his constitutional right to decline a warrantless search.” McArthur. McArthur is so vital to Virginia criminal defendants that every criminal case defender should have this case handy in court.