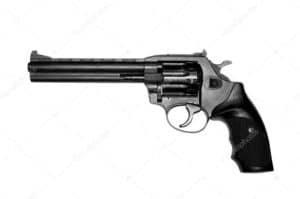 Firearm possession and ammunition possession by those with a prior felony conviction is a Class 6 felony in Virginia, with more severe penalties if the prior conviction was for a violent felony. Va. Code § 18.2-308.2. As a Fairfax criminal defense lawyer, I know that handgun and ammunition possession can be jointly attributed to more than one person. Lightfoot v. Virginia, Record No. 1469-18-4 (Dec. 10, 2019) (unpublished).

Lucan Lightfoot was the passenger in a vehicle that disobeyed a stop sign. The police stopped the car, heard Lightfoot tell the driver learned from Lightfoot that he was going to go back to jail, heard Lightfoot admit that he had recently smoked marijuana, saw that Lightfoot was nervous and that Lightfoot was not making eye contact with the officer. Police called a drug sniffing dog, who alerted for drugs. A search of the car did not find drugs, but instead found a .38 handgun under Lightfoot’s seat, and matching ammunition in a box in the trunk on the passenger’s side of the vehicle, leading to his firearm possession and ammunition possession conviction. Lightfoot.

In convicting Lightfoot for firearm possession, “the trial court found appellant guilty of both charges. It explained that it relied upon appellant’s statement that he was ‘going to jail,’ the proximity of the firearm to appellant, and [the driver’s] statement to the effect that ‘we were target shooting at mothers.’ The trial court also placed significant weight on [the driver’s] statement that she would ‘take the charge’ for any contraband found in the car…” Lightfoot.

Lightfoot confirms that for a firearm possession conviction “the Commonwealth was required to ‘present evidence of acts, statements, or conduct by the defendant or other facts and circumstances proving that the defendant was aware of the presence and character of the firearm [and ammunition] and that the firearm [and ammunition] w[ere] subject to his dominion and control.'” Lightfoot.

In affirming Lightfoot’s firearm possession conviction, the Court of Appeals approved consideration of all the above-listed details of the police officer’s observations and findings.

Firearm possession is highly valued by a large percentage of Virginia’s population. That is a strong motivator to avoid a felony conviction.