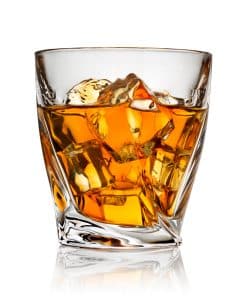 Horizontal gaze nystagmus (“HGN”) is one of the three so-called DUI standardized field sobriety tests (“SFSTs”) approved by the National Highway Transportation Safety Administration (“NHTSA”) of the United States Transportation Department. The HGN test is of no more use to DUI investigations than to confirm the presence of alcohol in a DWI suspect’s symptoms, which can also be detected simply by odor of alcohol on the suspect’s breath. As a Fairfax DUI lawyer, I know that to date, a Westlaw search of “nystagmus” finds no published nor unreported Virginia appellate opinions that address the reliability nor admissibility of HGN tests, other than Henshaw v. Virginia, 3 Va.App. 213 (1986), which only addresses HGN in dicta, saying that the HGN test “is thought [according to a treatise writer] to be a valid measure of blood alcohol content, but is subject to criticism on the basis that its administration in the field may yield imprecise results and may be clouded by physiological processes other than intoxication.” Consequently, HGN should not be of value against a DWI defendant in both the motions and trial stages.

In November 2019, the Virginia Court of Appeals in an unreported opinion affirmed a DUI conviction where the trial judge allowed horizontal gaze nystagmus evidence to be presented to the jury. Goldberg v. Commonwealth, Record No. 0007-19-1 (Va. App., Nov. 19, 2019) (unpublished). Goldberg is of no help for Virginia prosecutors, because Goldberg rules that: “This Court assumes, without deciding, that the evidence of HGN testing was scientific, not supported by sufficient foundational evidence of reliability, and unfairly prejudicial compared to its probative value in this case. Any error in its admission, however, was harmless in light of the overwhelming evidence of appellant’s guilt.” Moreover, Goldberg does not cite to any appellate opinions in Virginia (because none exist) nor from other states to support the admissibility of horizontal gaze nystagmus testimony in DUI motions hearings and trials.

In finding harmless error by the trial court in permitting the jury to hear horizontal gaze nystagmus testimony, Goldberg found overwhelming evidence of the defendant’s guilt for DUI, stating: “Appellant was originally seen driving along the shoulder of the road in lieu of a legal lane of traffic. After merging into a legal lane of traffic, appellant drifted repeatedly in and out of the oncoming lane of traffic. He then drove in the middle of two lanes before being pulled over by Officer Aicher. During the ensuing interaction, there was a strong odor of alcohol emanating from appellant, his eyes were bloodshot, he occasionally slurred words, and he was unable to walk or stand without swaying. Appellant originally reported having one beer earlier that evening, but later admitting he had ‘one tall boy Mickey’s Malt Liquor’ and a beer, with his last drink just thirty minutes before being stopped. Appellant was able to recite the alphabet from D to S only at a slow speed and with some difficulty. After his arrest, he told Officer Aicher that this charge would be his ‘third strike’ because of two prior DUIs and that he guessed ‘the higher alcohol content of the malt liquor got [him].’ A breathalyzer test conducted over an hour and a half after the traffic stop registered a blood alcohol content that was still over the legal limit.” Goldberg (addressing harmless error with horizontal gaze nystagmus).

Fairfax DUI lawyer Jonathan L. Katz pursues your best defense against felony, misdemeanor and DWI prosecutions. To discuss your case with Jon Katz, please call his staff at 703-383-1100 to schedule a confidential consultation.