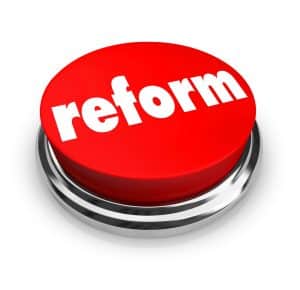 Reform in criminal law — to criminal defendants’ benefit — is a likelihood for this winter’s Virginia legislative session, now that Democrats control both the executive branch and both houses of the Virginia legislature. As a Fairfax criminal lawyer, I am keeping track of these developments, including Governor Ralph Northam’s January 3, 2020, announcement of his criminal legislative agenda.

The governor’s criminal law reform agenda also (1) raises the age to 16 from 14 for the crimes that a prosecutor may prosecute in adult court without court pre-approval, (2) expands the category of individuals who may petition for Writs of Actual Innocence, (3) permitting community service by inmates to offset their court fines and costs.

Governor Northam’s criminal law reform package also covers: (1) funding for 59 new public defenders as well as $2.7 million to establish a public defender office in Prince William County, which has one of Virginia’s busiest criminal court dockets, (2) $4.6 million over the next two years to support an expansion of pretrial and local probation services, (3) $2 million over the next two years for pre-release and post-incarceration services to enhance public safety by supporting reintegration of adult offenders from local and state correctional facilities, (4) $1.3 million for the Virginia Parole Board to develop release plans for offenders who are eligible for parole, to ensure returning citizens have stable support. and (5) $5.6 million for additional district court clerk positions.