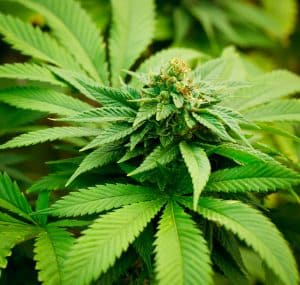 Marijuana dismissal for most simple pot possession (versus possession with intent to distribute) cases has arrived with the new Fairfax County and Arlington County, Virginia, prosecutors, who took office this week. As a Fairfax criminal lawyer, I see this as a big leap forward for civil liberties, not only for marijuana consumers, but also for freedom of lifestyle choice and against police overzealousness with enforcing against marijuana.

People charged with any jailable offense should obtain a qualified lawyer

Even if a Fairfax County or Arlington County marijuana defendant anticipates that the prosecutor will move for a marijuana dismissal, the defendant still should appear with a qualified lawyer for his or her trial date. One case in point is that on the first court date for new Fairfax County chief prosecutor Steve Descano, General District Court Judge Mark C. Simmons declined automatically to dismiss all marijuana cases after the deputy chief commonwealth’s attorney requested it, versus treating each matter case by case. (Consider past experience when the Norfolk chief prosecutor sought dismissal of marijuana possession cases.) Once two lawyers (bless their hearts) started standing alongside each such originally unrepresented marijuana defendant, the judge granted the prosecutor’s motion to enter their pot possession cases nolle prosequi.

UPDATE: Here is the Fairfax chief prosecutor’s written seven-page policy directive 20-01 (indicating it is his first written policy directive) on simple marijuana dismissal, which still allows for prosecution involving conspicuous public use of marijuana and of juvenile marijuana possession cases; addresses factor to consider in determining whether the possessed marijuana is with intent to distribute; confirms the extra burden on the Virginia Department of Forensic Science drug testing backlog caused by marijuana cases (what percentage are for simple pot possession only?); and agrees with my own prior assessment of the insufficiency of field testing to prove that a substance is marijuana.

This week I asked a supervising Fairfax County prosecutor whether his office will treat hash oil like dry marijuana in deciding whether to move to enter such simple possession cases nolle prosequi. No decision has yet been made yet by his office on how to deal with hash oil possession, which is a Class 5 felony. I do not know Arlington chief prosecutor Parisa Deghani-Tafti’s plans with hash oil / dabs / wax in the light of marijuana dismissal motions.

Unfortunately, Virginia judges do not provide court-appointed lawyers for criminal cases where the prosecution is not seeking jail time. If the prosecution is seeking a marijuana dismissal, that means the prosecutor is not seeking jail time. If the judge will not grant such a prosecutorial dismissal motion in the absence of a lawyer’s representing the defendant, hoperfully the judge will grant a first-time court date continuance to permit the defendant time to obtain a lawyer for the next court date.

In the light of the Fairfax commonwealth’s attorney’s decision to not prosecute adult simple marijuana possession, the Washington Post reports that: “Fairfax County police said they have no immediate plans to change how they will enforce marijuana possession.” The Arlington police union president said police “officers are discussing pursuing their own misdemeanor cases in court.”

Fairfax criminal defense lawyer Jonathan L. Katz pursues your best defense against felony, misdemeanor, DUI, drug, marijuana and sex prosecutions in Northern Virginia and beyond. To discuss your case pending in such counties as Fairfax, Arlington, Alexandria, Loudoun, Prince William and beyond, please call Jon Katz’s staff at 703-383-1100 to schedule a confidential consultation.