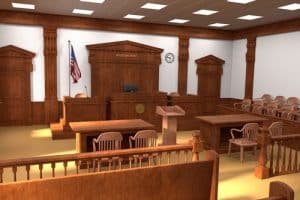 Appear timely for your criminal court date, or risk an appearance failure (FTA) prosecution and warrant for your arrest. As a Fairfax criminal lawyer, I know that many criminal defendants incur FTA charges, whether due to not appearing on the arraignment date, missing a hearing for attorney review/ ascertainment of counsel, and missing the trial or preliminary hearing date.

While it is not necessary to hire a lawyer before one’s arraignment or attorney review date, doing so can eliminate the risk of a failure to appear charge for those two dates in jurisdictions that strike those dates from the court calendar upon a criminal defense lawyer’s timely and correctly filing an attorney entry of appearance with the court.

My clients do not miss their court dates with me, although some get delayed. I make sure not only to remind them of their court dates and times more than once, but also remind them of the courtroom number and courthouse address, tell them how early to appear at the courthouse, advise on how long the line into the courthouse can sometimes take, detail their parking and transportation options (and leave them a free parking pass at my office for Fairfax court dates), and advise them about whether the particular courthouse allows cellphones.

Anticipate traffic and other delays

While I can often cover for a client’s delay to the courthouse, it is important that my criminal defense clients appear timely in court so that we can communicate early on in person and in private about the status of and developments in their case. Leaving extra early to get to the courthouse is justified not only with unexpected traffic delays, but also with possible inclement weather and public transportation delays.

FTA is a jailable crime in Virginia

Failure to appear in court is a jailable crime in Virginia, where an FTa conviction is a Class 1 misdemeanor (jailable up to one year) for an underlying misdemeanor case, and a Class 6 felony (incarcerable up to five years) for an underlying felony case: “Any person charged with [an] … offense … who willfully fails to appear before any court as required shall be guilty” of FTA. Va. Code § 19.2-128.

“’Any failure to appear after notice of the appearance date [is] prima facie evidence that such failure to appear [was] willful.’” Partain v. Commonwealth of Virginia, Record No. 0488-19-1 (Va. App., Dec. 27, 2019) (unpublished). “The circuit court was not required to believe that Partain forgot about the court appearance [despite his testimony that he forgot] and could also infer that because Partain knew about the court appearance and did not appear, his absence was intentional.” Id.

Fairfax criminal defense lawyer Jonathan L. Katz pursues your best possible defense in the Northern Virginia courts and beyond against felony, misdemeanor and DUI prosecutions. To discuss your case with Jon Katz, please call his staff at 703-383-1100 to schedule a confidential consultation.