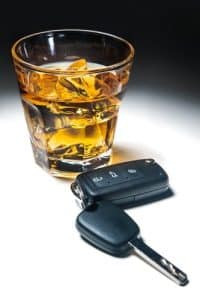 Field sobriety tests (“FSTs“) are routinely requested by police investigating DWI suspects. As a Fairfax DUI lawyer, I know that even the most sober person can perform poorly on such FSTs as standing on one leg while holding the other at least six inches off the ground in front of the suspect, and walking an imaginary line. Curiously, while Virginia’s Supreme Court says that refusal to conduct field sobriety testing is not consciousness of guilt, such refusal can still be considered by the judge in determining whether probable cause existed to arrest the defendant for DUI, Jones v. Commonwealth, 279 Va. 52 (Va. 2010), and by the fact finder (whether a judge or jury) in determining whether guilt of DUI has been proven, Hammond v. Virginia, 17 Va.App. 565, 439 S.E.2d 877 (1994),

In Virginia criminal law, consciousness of guilt ordinarily applies to affirmative actions, rather than refusal to help the police

“In our jurisprudence, the term ‘consciousness of guilt’ generally is applied to affirmative acts of falsehood or flight immediately following the commission of a crime, which tend to show a person’s guilty knowledge of, and participation in, a criminal act.” Jones v. Virginia. supra. “Nevertheless, we recognize that a defendant’s refusal to submit to field sobriety tests may have some relevance in a police officer’s assessment of probable cause to arrest that defendant for driving under the influence of alcohol.” Id.

Field sobriety tests being voluntary, refusal to do them is meaningless

In 1993, the Virginia Court of Appeals confirmed that field sobriety tests are voluntary. Hammond, supra. Therefore, that voluntary aspect of FSTs means refusal to do them is meaningless.

Refusal to do field sobriety tests is all the more meaningless when considering that a large percentage of people are uncoordinated or under-coordinated in the first place, too obese to perform well on the tests, or too old to do well on them, let alone under the stress of being detained and directed by police, and often at a time of day that exhaustion has already set in. Although police sometimes will ask DWI suspects if they have any physical impairments that will interfere with their doing FSTs, they rarely ask if the person is coordinated in the first place.

Field sobriety tests are junk science, and many police add even junkier science with testing beyond the three standardized tests approved by NHTSA (horizontal gaze nystagmus, one leg stand and walk and turn), including internal clock testing (to see if the defendant can accurately estimate the passage of seconds), finger dexterity testing, finger to nose touching, counting backwards, and doing part of the alphabet. If appellate judges were aware of this sorry state of affairs, they probably would not be as quick to assign much relevance to FST refusal and FST performance.

Submit to field sobriety testing your own risk. Moreover, you have the right to remain silent with the police. Beware waiving that critical right, always.