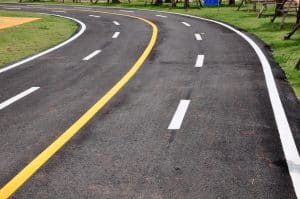 Sobriety testing — also known as standard field sobriety testing, SFST or FST — is a tool relied on by police in deciding whether to arrest a person for DUI and reporting on such cases, and then relied on by prosecutors in trying to obtain a conviction and at any sentencing. As a Virginia DUI lawyer, I pursue a persuasive counter-narrative to the often formulaic trotting out by police of such checklist items as alcohol odor on breath; eyes that are bloodshot, glassy and/or watery; slurred speech; staggering; stumbling; and performing inadequately on field sobriety tests.

In a Virginia DUI prosecution, the police revelations often narrowly focus on piecemeal information highlighting fumbles by the suspect. Therefore, the DWI defense lawyer can provide the court with a persuasive defense-friendly fuller overview/ counterstory that is needed, for starters, for a trial judge to determine the preliminary question about whether the totality of the circumstances do or do not establish probable cause to have arrested the suspect for DWI. Maryland v. Pringle, 540 U.S. 366 (2003).

Here are some items to consider in preparing a defense friendly counterstory about sobriety in a DUI case:

Distracted behavior does can come from many sources beyond sobriety.

DUI prosecutions need to be fought tooth and nail.

Virginia DUI lawyer Jonathan L. Katz has successfully defended hundreds of clients charged with alcohol and drug-impaired driving, and has taken hundreds of such cases to trial. To discuss your DUI, felony or misdemeanor case with Jon Katz, please call his staff at 703-383-1100 to schedule a confidential consultation.