Fairfax criminal lawyer pursuing your best defense at every turn 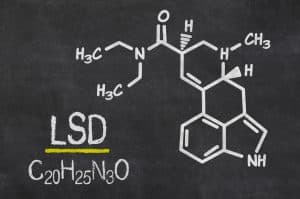 Suspects who talk with police are cruising for a bruising, says Fairfax criminal attorney

Suspects and everyone else have the right to remain silent with police. As a Fairfax criminal lawyer, I have seen too many criminal defendants create their own nooses by not keeping their mouths shut with police. Even in states requiring a person to identify himself when police have reasonable suspicion of a crime, that can be done non-verbally by producing identification.

Canton Johnson’s verbal diarrhea got him convicted of two counts of possession with intent to distribute LSD and Ecstasy (respectively) where his silence probably at worst would have gotten him simple drug possession convictions. Johnson v. Virginia, Record No. 0899-18-1 (Va. App. June 11, 2019) (unpublished).

While possessing LSD / acid and MDMA / Ecstasy (formally ,4-methylenedioxy-methamphetamine), Canton Johnson drove a vehicle with broken brake light. Police love stopping vehicles even for minor violations, as a way to justify the stop in the first place or else to see if they find DUI, contraband, or other jailable criminal activity. The Supreme Court allows that.

Once police have probable cause to arrest suspects, they may conduct a search incident to arrest of the person even before arresting him or her. Johnson. Consequently, even though Johnson’s police officer did not intend to arrest him for marijuana possession, Johnson reminds us that probable cause depends only on objective facts, and not the subjective opinion of the police officer.

Hopefully recognizing the risks of doing so, Johnson’s attorney presented the testimony of a police officer to state that evidence (apparently due to a modest amount of seized drugs) was consistent with personal use of LSD and Ecstasy. However, when the prosecutor informed the same testifying cop that Johnson had admitted to selling drugs, the officer then testified that the circumstances were consistent with drug distribution.

The court sitting without a jury convicted Johnson of both possession with intent to distribute LSD and MDMA, each of which carries up to forty years in prison. Va. Code § 18.2-248. An online records check indicates that Johnson did not appear for sentencing, which is pending for September 2019. Usually criminal appeals to the Virginia Court of Appeals take place after sentencing .

Fairfax criminal lawyer Jonathan L. Katz has successfully defended hundreds of clients charged with drug offenses ranging from possession to sales to cultivation. to discuss your defense with Jon Katz, please call his staff at 703-383-1100 to schedule a confidential consultation.