Questioning without Miranda – Fairfax DUI lawyer on this gray area

Fairfax DWI attorne pursuing your best defense against DUI and all other criminal chargtes. 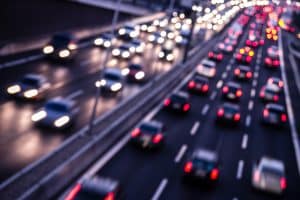 Questioning without Miranda – Fairfax DUI lawyer on this gray area

Questioning by police is commonplace with investigations for possible DUI, felonies and misdemeanors. As a Fairfax DUI lawyer, I know that absence of Miranda rights is not always a bar to admitting the suspect’s statements into evidence. At the same time, such rights do not need to be read to criminal suspects before they can assert their right to remain silent with the police. A criminal defense lawyer needs to be ready to argue the inadmissibility of the defendant’s statements based on assertions that the statements (1) responded to police questioning (2) when the defendant was already under arrest or in police custody.

“Whether a suspect is ‘in custody’ under Miranda is determined by the circumstances of each case, and ‘the ultimate inquiry is simply whether there is a “formal arrest or restraint on freedom of movement’ of the degree associated with formal arrest.'” Harris v. Virginia, 27 Va. App. 554 (1998). Virginia judges repeatedly allow a long questioning period into suspected DWI before Miranda applies. In that regard, the Virginia Court of Appeals has confirmed that: “Although a person temporarily detained pursuant to an ‘ordinary traffic stop’ is not ‘in custody’ for the purposes of Miranda, a detained motorist will be entitled to the protections set forth in Miranda if he or she ‘thereafter is subjected to treatment that renders him’ “in custody’ for practical purposes.”” Harris.

Sometimes arrestees blurt out incriminating information to police post-arrest and pre-Miranda. A criminal defense lawyer needs to be ready to argue the extent to which the so-called blurt was in fact a response to police questioning.

Fairfax, County DUI lawyer Jonathan L. Katz pursues your best defense against charges of DUI, DWI, drugged driving and misdemeanor and felony cases. To discuss your case with Jon Katz, please call his staff at 703-383-1100 to schedule a confidential consultation.