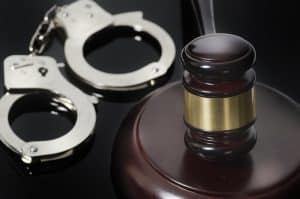 Probable cause (“PC“) under the Fourth Amendment is required both for police to conduct a search for a criminal investigation, and to arrest a suspect. As a Fairfax criminal lawyer, I find it curious at the very least that the Virginia Supreme Court continues to define PC after the United States Supreme Court in 2003 already unanimously proclaimed that the PC “standard is incapable of precise definition or quantification into percentages because it deals with probabilities and depends on the totality of the circumstances.” Pringle, 540 U.S. 366 (2003) (found here at the SCOTUS website).

Consequently, a lawyer in Northern Virginia and everywhere else in the Commonwealth will want to have handy the Virginia appellate caselaw defining probable cause.

In 2010, the Virginia Supreme Court defined and explained probable cause as follows:

The Commonwealth’s Jones opinion defines probable cause, even though seven years earlier the United States Supreme Court in Pringle said that the PC “standard is incapable of precise definition.” Pringle does confirm that: “We have stated, however, that ‘[t]he substance of all the definitions of probable cause is a reasonable ground for belief of guilt.’” Consequently, SCOTUS’s unanimous Pringle opinion says that PC cannot be defined and that the substance of all PC definitions is “reasonable grounds for belief of guilt.” Virginia’s Jones opinion, though, defines PC, with a definition similar to the foregoing quote from Pringle.

PC is much more than reasonable suspicion, which is more than a hunch