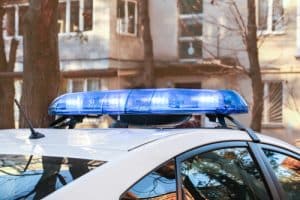 Prolonged police traffic stops too often fly in the face of the Fourth Amendment’s prohibition against unreasonable searches and seizures. As a Fairfax criminal lawyer, I know that police try to use traffic stops as a pretext to investigate for such more serious and unrelated crimes as DUI and drug offenses, unfortunately with the United States Supreme Court’s extensive blessing in Whren v. U.S., 517 U.S. 806 (1996). Fortunately, the unwise Whren decision only goes so far in weakening the Fourth Amendment, because ten years later, the Supreme Court made clear that a prolonged police traffic stop requires an independent Fourth Amendment-justified basis for doing so. Illinois v. Caballes, 543 U.S. 405, 410 (2005).

No matter how often many people wish to pigeonhole the United States Court of Appeals for the Fourth Circuit as one of the nation’s most conservative (while the Ninth Circuit often is labeled among the most liberal), today the Fourth Circuit did the right thing Constitutionally by reversing a conviction for methamphetamine possession with intent to distribute (which carries severe mandatory minimum sentencing), because, to quote Gertrude Stein, “there is not there there” with the prosecution’s claim that Brian Bowman was detained beyond a warning for a minor moving violation stop due to alleged reasonable articulable police suspicion that Bowman possessed illegal drugs, which led to police calling a drug dog to sniff around Bowman’s car, and ultimately alert to methamphetamine. U.S. v. Bowman, ___ F.3rd ___ (4th Cir., March 1, 2018).

Bowman is a great black-and-white example for judges about the line between a mere police hunch of criminal activity afoot (which does not permit a police stop) versus actual reasonable articulable suspicion. Bowman rejects the police officer’s reasons for detaining him beyond the point of issuing him a traffic warning: (1) nervousness of the car’s occupants (a natural response of even many innocent people stopped by police); (2) Bowman’s uncertainty of the precise address where Bowman picked up his passenger (with Bowman more than once offering to recover that information on his GPS device); (3) clothes, food food wrappers and an energy drink container strewn around the car (some people are slobs); and (4) the laid-off Bowman’s sometimes buying extra cars cheap (where he may have had legitimate savings or other assets for vehicle purchases). Bowman invalidated this prolonged stop even though the federal Drug Enforcement Administration’s tip that two men in a red Lexus matching Bowman’s were suspected of transporting methamphetamine.

Police- If you do not want to waste your time nor tarnish your reputation, heed the Fourth Amendment and Bowman.

Fairfax criminal lawyer Jonathan L. Katz repeatedly raises Fourth Amendment and other Constitutional challenges on behalf of his clients. To consult with Jon about your case, please call his staff at 703-383-1100 to set a confidential consultation.