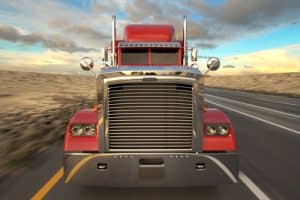 Fairfax DUI lawyer warns about the risks to commercial driver licenses from DUI, reckless driving and other convictions

Commercial driver licenses (“CDL”) issued in Virginia are at risk for a whole host of convictions for Virginia criminal charges and traffic infraction charges. The Virginia Department of Motor Vehicles website here provides an overview of these CDL risks from such driving convictions as DUI/driving under the influence of alcohol or drugs, refusing a breath test in a DUI case (even if only a civil offense), reckless driving, hit and run, texting while driving, and fatal crashes.

The Virginia DMV website only provides this initial overview of risks to commercial driver licenses for numerous convictions for criminal traffic law charges and traffic infraction tickets. The key is for those possessing CDL’s to be particularly meticulous in adhering to all traffic laws. A driver with a commercial driver license should obtain the help, or at least the advice, of a qualified lawyer soon after being charged with any traffic crime or traffic infraction.

Among the items of particular note for commercial driver license holders are:

Also consider the risks of out of state traffic law violations and the federal law on CDL rights after being convicted of traffic offenses.

Obtaining a so-called wet reckless conviction after being charged with DWI does not bring a CDL driver out of the woods, because by definition wet reckless includes a suspended driving period. Although the Virginia law provides for applying for restricted driving privileges for a reckless driving suspension period, Virginia law does not provide for restricted driving of a commercial motor vehicle. Va. Code § 46.2-392.

Any CDL holder, any other driver, and any criminal suspect charged with a crime or driving-privilege-risking traffic infraction should not throw in the towel, but should obtain a qualified lawyer to assist in finding and pursuing the available avenues to avert or else reduce the possible resulting mess.

Fairfax DUI lawyer Jonathan L. Katz since 1991 has successfully defended thousands of clients charged with criminal, DUI and drug offenses. To consult confidentially with Jon about your case, please schedule an appointment through his staff at 703-383-1100.