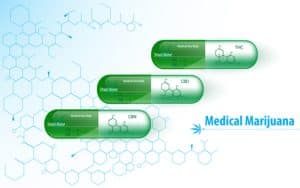 Local news interviewed me on February 14, 2018, for its televised story aired the same date about the Virginia legislature-passed law permitting physicians to prescribe CBD and THC-A oils to patients. The local news segments with me begin shortly after minute 1:00. I blogged about the same issue on February 9, 2018, and expect the law to take effect in the middle of this year, which is the usual schedule for Virginia-enacted legislation to take effect.

As a Fairfax criminal lawyer, I await seeing how many physicians will be willing to recommend CBD and THC-A oils in the first place to their patients. So long as enough physicians make such recommendations, I anticipate that many Virginians will see that the benefits of such medicine are significant enough to justify legalizing marijuana itself — rather than only the CBD and THC-A oil extracts of marijuana — for medicinal use.

Users of state-legal medicinal marijuana are not a bunch of stereotypical potheads. Instead, they are people from all walks of life with such serious ailments as HIV/AIDS, glaucoma, cancer, epilepsy, severe orthopedic injuries, anxiety and depression who find a substantial level of relief from marijuana as a natural plant without the unwanted side effects of other medicines.

Elvy Musikka is a federally-supplied medical marijuana user (one of the four remaining people able to receive  federal medical marijuana, resulting from advocacy from three decades ago). Elvy is but one of hundreds of thousands of examples of medical marijuana users who are far from fitting a pothead stereotype. I met Elvy, now 78 years old — at a party during the 1991 Drug Policy Alliance conference. She is a grandmother who apparently at first thought marijuana was dangerous, until her doctor in 1975 “told me if I didn’t start using marijuana, I’d go blind… Shortly thereafter I found out that, indeed, it was the only thing that would help me with my glaucoma.” Marijuana is her medicine, rather than any pothead tool.

Thanks to the Virginia senators and delegates who unanimously passed the legislation enabling physicians to recommend CBD and THC-A oils to their patients.

Fairfax criminal lawyer Jonathan L. Katz has successfully defended hundreds of drug defendants, including those using and cultivating marijuana for medicine. To discuss your case with Jon, please schedule a confidential appointment through his staff, at 703-383-1100.

Posted in Drugs, JK in the news & live and tagged cannabis, medical marijuana
← Virginia’s presumption of no bail law gets no presumption of innocence offsetCommercial driver licenses risks from VA DUI and other convictions- Fairfax DUI lawyer →