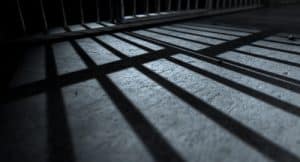 Virginia’s presumption of no bail law gets no presumption of innocence offset, as confirmed this week by Virginia’s Supreme Court. Virginia v. Duse, ___ Va. ___ (Feb. 12, 2018). As a Fairfax criminal lawyer, I know the harshness of Virginia (Va. Code § 19.2-120) and federal (18 U.S. Code § 3142) laws that presume no pretrial bail/bond where probable cause exists to believe that murder, various other designated violent crimes, various sex crimes, and various drug crimes mandate a presumption against releasing the criminal defendant from detention pending trial.

UPDATE: Virginia law no longer has a presumption against bond.

The Virginia presumption of no bail statute bars the reviewing court from granting bail without considering at least the following factors: “1. The nature and circumstances of the offense charged; 2. The history and characteristics of the person, including his character, physical and mental condition, family ties, employment, financial resources, length of residence in the community, community ties, past conduct, history relating to drug or alcohol abuse, criminal history, membership in a criminal street gang as defined in § 18.2-46.1, and record concerning appearance at court proceedings; and 3. The nature and seriousness of the danger to any person or the community that would be posed by the person’s release.” Va. Code § 19.2-120(B).

Virginia’s presumption of no bail law is wide-ranging and turns the presumption of innocence (In re Winship, 397 U.S. 358 (1970)) on its head, and Duse confirms as much by underlining:

Duse enjoyed victory when the trial court granted him bail, with applicable geographical and behavioral limitations restrictions, after he was arrested for allegedly lying in wait to shoot his work supervisor dead, after a prior history of allegedly deviant behavior. Virginia’s Court of Appeals affirmed the trial court’s bail decision, but this week the state Supreme Court unanimously reversed Duse’s bail release.

Duse rejects the idea that Duse’s advanced age makes him a limited flight risk, where for instance he owns property in the Philippines, and adds in conclusion:

“In weighing the statutory factor concerning the history of Duse’s mental condition, the circuit court committed a clear error in judgment. It was Duse’s burden to rebut the presumption that no conditions would reasonably assure the safety of the public. Other than the testimony of his niece and a friend of 25 years, the only evidence Duse presented as to his mental condition was [psychiatrist] Dr. Lawson’s testimony, which the circuit court itself found was ‘superficial’ and lacking detail.”

Duse should not be seen by trial judges as requiring fewer grants of pretrial release to defendants whose criminal charges fall under the presumption of no bail. Instead, Duse induces Virginia criminal defense lawyers to provide trial judges with the specifics they need to enunciate their reasons for finding that a particular defendant has overcome a statutory presumption against bail.

Fairfax criminal lawyer Jonathan L. Katz advocates for criminal defendants’ liberty at every stage, starting with advocating for pretrial release/bail/bond with limited restrictions on the accused’s liberty. To discuss your case with Jon, please schedule a confidential consultation through his staff, at 703-383-1100.