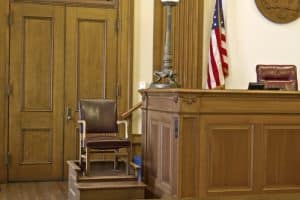 No matter how many times I warn people on my website and elsewhere against talking without a lawyer, with police about their alleged crimes, too many people do that.

Montrios Santos Neville is one such person who made the mistake of talking with police when a suspect for murder and drug dealing. Neville even boasted to the police about his nickname of L’il O, and offered that another of his nicknames is the Grim Reaper, which is not a nickname that a murder suspect wants connected to him. Neville v. Virginia, Record No. 1693-16-2 (Va. App., Feb. 6, 2018) (unpublished).

Neville’s trial and appellate lawyers made valiant efforts to keep the jury from hearing Neville’s nickname Grim Reaper, and to overturn his conviction and resulting probation revocation (for an earlier conviction, arising from his “Grim Reaper” case conviction) as a result of the jury hearing Neville’s Grim Reaper nickname. Neville, however, reasons that Neville was acquitted of murder and conspiracy to commit murder, and only convicted by the jury of drug dealing, meaning that Neville was not harmed by the Grim Reaper evidence. Having affirmed Neville’s Grim Reaper conviction, Neville has no problem affirming his resulting probation revocation verdict.

As a Fairfax criminal lawyer, I know that the stakes can be high for any criminal defendant to testify, even when they are fully innocent. Congratulations to Neville for his testimony (denying any involvement in the homicide, but admitting distributing baggies for drug distribution to a person related to the case) not doing in Neville on the homicide counts against him.

To recap: Criminal suspects should not discuss their alleged crimes with police without their lawyer present. New convictions can cause probation revocations.

Fairfax criminal lawyer Jonathan L. Katz is available to discuss your criminal or DUI case in confidence, scheduled through his staff at 703-383-1100.