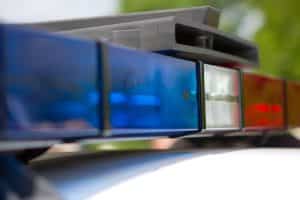 Inventory searches of impounded cars are impermissible if they do not follow previously-implemented and Constitutional police procedures. As a Fairfax criminal lawyer, I am delighted that the Virginia Court of Appeals this month reversed a firearm conviction, where a handgun was found without probable cause under the Fourth Amendment to search a motor vehicle, and under a disingenuous pretext of a search. Knight v. Virginia, ___ Va. App. ___ (April 7, 2020).

Why does the law permit inventory searches?

Inventory searches are supposed to be for the purpose of determining the contents of a vehicle ordered towed and impounded by the police, in order to have a record of what is found in the motor vehicle, to confirm the suspected contraband found therein, and to respond to any vehicle owner claim of any property missing from the car as a result of the vehicle tow. Unfortunately, when police want to search a motor vehicle but are not sure whether they have lawful non-inventory grounds for doing so (for instance probable cause), they will often opt to have the vehicle inventoried and towed, rather than left in place, moved to a nearby lawful parking space, or provided to the driver’s lawfully-licensed friend or family member.

Are Virginia police permitted to conduct an inventory search with the actual motive of finding evidence of DUI, drugs or other crimes?

A Virginia criminal defense lawyer can argue until s/he is blue in the face that a so-called vehicle inventory was a pretext to search the car for contraband. However, even if such a pretext is believed, a judge will not automatically invalidate the car search — Knight v. Virginia, supra — so long as the police had valid reasons to tow and impound (and thus search) the car and so long as proper written police department procedures were followed. This sad state of car search affairs is akin on a lesser level to the United States Supreme Court’s decision — Whren v. U.S.  517 U.S. 806 (1996) — allowing police stops of vehicles for violating moving violation or other traffic laws, when the police really are waiting for (and, with some police, probably sometimes therefore manufacturing) traffic violations, with the real goal being to fish for DUI, drug, weapons and other law violations, and open arrest warrants. At the same time, when police order a car tow and inventory search with the sole purpose of searching the vehicle for evidence of crime, the defendant has grounds to pursue the suppression of that search. Cantrell v. Virginia, 65 Va.App. 53 (2009); Knight, supra.

May police search a vehicle merely as an incident to a lawful arrest?

Police may search the body and clothes being worn at the time of arrest by a person arrested for probable cause, but an arrest does not authorize police to search their car. Gant v. Arizona, 556 U.S. 332 (2009), Knight’s incident video shows at least one of the police officers mis-stating that an arrest permits a vehicle search as an incident to that arrest, and being giddy upon learning of possible grounds to arrest Knight on an open arrest warrant in order to search his car as an incident to arrest. Police ultimately recognized the inventory search caselaw.

Why did police not create a complete list of the items in Knights’ vehicle?

Knight’s vehicle was stopped for having no license plates, which is a valid reason to stop a vehicle in Virginia. Police arranged for his car to be towed and impounded. However, contrary to police department procedures requiring the towing person to create an inventory list, a police officer who did not search the vehicle created an inventory search list, but barely listed any of the vehicle’s contents, and even omitted listing the contraband firearm found in the backpack in the rear seat. Knight’s trial judge determined that this was not a valid police search, but upheld the police discovery of his handgun, under the principle of inevitable discovery.

What is inevitable discovery

Inevitable discovery involves allowing evidence to be introduced at trial that was obtained pursuant to an invalid search, so long as the evidence would inevitably have been found by legitimate means in the absence of the unlawful search. Knight concludes that the defendant’s handgun would have inevitably been discovered by the time it was towed — despite the search that did not qualify as a Constitutional inventory search — but the Virginia Court of Appeals wisely says there was nothing inevitable about that, and reverses Knight’s conviction for being a convicted felon in possession of a firearm in violation of Code § 18.2-308.2 and for carrying a concealed weapon in violation of Code § 18.2-308.

Why would someone committing a crime make themselves a sitting duck for a police stop?

Knight should have known he had a handgun, seeing that the firearm was in the same backpack where he fished out his license for the police. For him to have driven around with no license plates — therefore being a sitting duck for a police stop and inventory or other search — knowing he was in unlawful possession of a weapon was beyond carelessness.