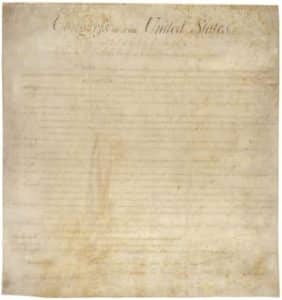 Often when I challenge police searches for lack of a search warrant or for other Constitutional infirmities, the prosecutor argues that the incriminating evidence would inevitably have been lawfully discovered by police if not first discovered in the questionable way with which the evidence in reality was found. The prosecutor is here speaking of the inevitable discovery doctrine, which is a doctrine for saving an otherwise possibly or actually unlawful search, by asking whether the incriminating evidence would inevitably have lawfully been found. The doctrine does nothing to encourage meticulous police adherence to the Fourth Amendment and the rest of the Constitution.

Raymond Bullette, III, this week felt the sting of the inevitable discovery doctrine when the United States Court of Appeals for the Fourth Circuit affirmed the warrantless search of a vehicle that revealed damning evidence against him  — including documents and three cellphones later searched pursuant to a cellphone search warrant —  that led to his prosecution and conviction for possession with intent to distribute phencyclidine, also known as PCP. United States v. Bullette, ___ F.3d ___ (4th Cir., April 20, 2017).

Bullette’s vehicle was found on private property without license plates. For a long time, police had been monitoring the property for possibly being the site of PCP production. DEA Agent Brian Willey testified that the Pontiac that revealed the incriminating evidence against Bullette was searched because:

“(1) [S]tandard DEA practice was to impound and inventory vehicles when no one was present to claim them, (2) he had safety concerns related to possible explosives in the vehicles and the vehicles’ proximity to explosive materials on the property, and (3) he wanted to identify the registered owner(s) of the vehicles.”

In other words, this was not merely an inventory search of Bullette’s vehicle, if even an inventory search at all, because DEA Agent Willey only named inventory searching in terms of standard DEA practice, but also explained that the Pontiac was searched because of safety concerns about a connection between explosives and the Pontiac, and wanting to know the registered vehicle owner’s name.

Sadly, car inventory search caselaw gives police a greenlight to do what they really want to do, which is not so much to inventory a car’s contents in the event of the owner’s later complaint that any of the car’s contents went missing, but to get a free search of a car without needing probable cause under the Fourth Amendment to do so.

Bullettei s entirely comfortable that an inventory search was warranted here and did not even require the production of any applicable police agency’s written inventory search procedures (to determine the extent of compliance or not with those rules):

“An inventory search of an automobile is lawful (1) where the circumstances reasonably justified seizure or impoundment, and (2) law enforcement conducts the inventory search according to routine and standard procedures designed to secure the vehicle or its contents. See Colorado v. Bertine, 479 U.S. 367, 371–76 (1987); United States v. Brown, 787 F.2d 929, 931–32 & n.3 (4th Cir. 1986). Reviewing the evidence in the light most favorable to the government, we agree that the inevitable-discovery doctrine applies here on this basis.”

Bullette takes no issue with the searched Pontiac’s eligibility for impoundment even though the Pontiac was on private property:

“The government need not provide a written inventory policy to prove that a law enforcement agency conducts its inventory searches according to routine and standard procedures so long as the district court has sufficient evidence to ensure that the practice conforms to our precedent. See Ford, 986 F.2d at 60. We have held that an inventory search of all of a vehicle’s contents is reasonable if the agent who conducted the search followed a practice to do so for all impounded vehicles. See Brown, 787 F.2d at 932–33.”

In Bullette, the trial court was never presented with any written inventory procedures, but that did not stop the trial court from accommodating the prosecution by filling in the blanks to accept that the Pontiac’s glove compartment would inevitably have been searched as part of an inventory search:

Constitutional separation of powers, by itself, should prevent courts from over-reaching this much to help prosecutors and police do their jobs right in the first place, which here includes impounding and inventorying the Pontiac rather than relying on the inevitable discovery doctrine, requiring the production of applicable inventory procedures, and requiring sufficient evidence that the glovebox would have been searched pursuant to a proper inventory procedure.

“The DEA also correctly sought a warrant for the cellphone before searching its contents. Riley v. California, 134 S. Ct. 2473, 2485 (2014); see also United States v. Arellano, 410 F. App’x 603, 606–07 (4th Cir. 2011) (per curiam) (unpublished) (holding that the district court did not err in applying inevitable-discovery doctrine to evidence found on a cellphone seized from a warrantless vehicle search for which law enforcement obtained a warrant before searching).”

Caveat emptor. Police have all sorts of appellate court-approved methods to stop and search cars, starting with the completely improvident Whren v. U.S. (517 U.S. 806 (1996)) Supreme Court opinion allowing police to stop cars for minor motor vehicle law violations when really wanting to investigate for DWI or contraband, and going to the caselaw allowing inventorying of impounded vehicles, even when the primary or sole real police reason for the inventorying is to get a freebie at searching for contraband and other evidence of criminal activity.

Fairfax Criminal lawyer Jonathan Katz has successfully defended hundreds of felony and misdemeanor defendants. Learn about the great difference that Jon Katz can make for your defense by calling 703-383-1100 for a free in-person confidential consultation with Jon.