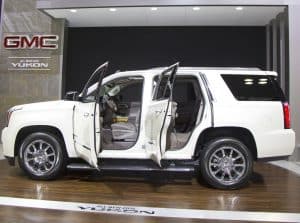 Unauthorized motor vehicle use takes place when exceeding the scope of the owner’s use permission, says Fairfax criminal defense lawyer

Unauthorized vehicle use law in Virginia includes using someone else’s car beyond the scope of their consent. As a Fairfax criminal lawyer, I know that whenever a car owner orally sets limits on someone else’s use of the vehicle, it is best to reduce that to writing. In the real world, such written memorialization likely uncommon.

Not uncommon is for car owners to arrange for their friends to do work on their motor vehicles. While friends often do not like for suspicion to arise by reducing their agreement to writing, it can be better to let the friend take his or her business elsewhere than to agree to a car repair on a handshake deal. That is made all the more clear by this month’s unauthorized vehicle use opinion from the Virginia Court of Appeals. Otey v. Virginia, ___ Va. App. ___ (April 7, 2020).

Virginia unauthorized vehicle use law provides that a person “who shall take, drive or use any animal, aircraft, vehicle, boat or vessel, not his own, without the consent of the owner thereof and in the absence of the owner, and with intent temporarily to deprive the owner thereof of his possession thereof, without intent to steal the same, shall be guilty of a Class 6 felony,” unless the value is under $500, in which case the crime would be a class 1 misdemeanor. Va. Code § 18.2-102.

Shady circumstances do not bolster a defendant’s witness stand credibility

Otey accompanied Jones to Pennsylvania to pick up a GMC Yukon vehicle that Otey had purchased. Otey agreed with Jones’s request for Otey to repair the vehicle’s brakes and change the brake lines. Jones was unable to reach Otey when calling him a few days later, and called the police a few days more later. The police reached Otey, who made the mistake of not asserting his right to remain silent with the police, and instead said that after completing the repairs, he took Jones’s vehicle for a test drive, was going to use Jones’s vehicle to tow Otey’s own vehicle (for which Otey neve sought nor obtained Jones’s permission), but Jones’s vehicle stopped running. After recovering his vehicle, Jones found that the rear bumper was bent down a few inches, and the frame was bent, where such damage was absent before Otey took possession of the vehicle. Otey got prosecuted for unauthorized vehicle use.

At his unauthorized vehicle use trial, Otey did himself in by testifying at all — against his Fifth Amendment right to remain silent — that he did intend to use Jones’s Yukon to tow Otey’s vehicle, which exceeded the scope of Jone’s authorization for Otey to use his vehicle to repair it. Moreover, Otey’s days-delayed response to Jones, and the damage to Jones’s vehicle after Otey took possession, would not have helped the credibility of Otey’s testimony, where Otey had the Fifth Amendment right to decline to testify.

On appeal, Otey also challenges the sufficiency of the evidence to satisfy the $500 felony threshold for obtaining a felony unauthorized vehicle use conviction. Although Jones’s testimony vacillated about how many thousands of dollars the vehicle was worth, his testimony — if believed — clearly met that $500 threshold. Moreover, common sense could have backed up that Jones’s Yukon was worth more than that amount when Otey took possession of the vehicle.