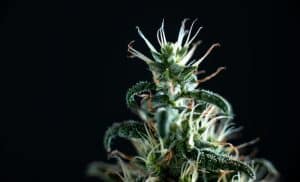 420 is another word for marijuana, referencing a 4:20 p.m. time to toke and today’s 4/20 date to celebrate. As a Fairfax criminal lawyer. I  spiritedly defend against marijuana and other drug prosecutions, running from simple possession to multiple plants and distribution / possession with intent to distribute. Cannabis advocates’ sweat equity, perseverance, and patience have paid off in outright marijuana legalization in some states, decriminalization in others, and legal medical marijuana in many states.

420 also is the 14th anniversary of this blog

Fourteen years ago, on 420 / April 20, 2006, I launched this Underdog Blog. With ideas constantly running in my head about criminal defense strategy, persuasion, and a multitude of statutory and caselaw items to index and analyze, this blog seemed a logical supplement to my law firm’s website. On top of that, my blog has been an opportunity for me to get the word out on criminal law items of timely concern, and to weigh in on those issues.

Virginia and the rest of the United States are too much police states, with police constantly targeting 420 and illegal drug activity and setting up stings to catch people in the act of selling and purchasing controlled substances. In Virginia, magistrates — who are not even required to have attended nor graduated from law school — are vested with the awesome power to grant the issuance of search warrants.

By legalizing 420, we free up a substantial percentage of Virginia’s criminal justice resources to be refocused on more important matters. By decriminalizing all other drugs, we dissipate this failed decades-long drug war(s).

Legalizing 420 will remove from police their cherished ability to search for marijuana on the condition that they smell marijuana and have probable cause to search.

Legalizing 420 and decriminalizing all other drugs will provide less incentive for police racial profiling. The United States Supreme Court is too lenient about allowing police to stop people for such minor law violations as speeding a few miles an hour over the speed limit, as a pretext to search for more serious law violations.

End mandatory minimum sentencing for marijuana and all other crimes